Over past four months, four charged in Collingwood under Reopening Ontario Act

‘Our focus was to charge the persons who were organizing and planning,’ says OPP official in regards to police response to May 1 ‘freedom rally’
Jul 20, 2021 7:00 PM By: Jessica Owen 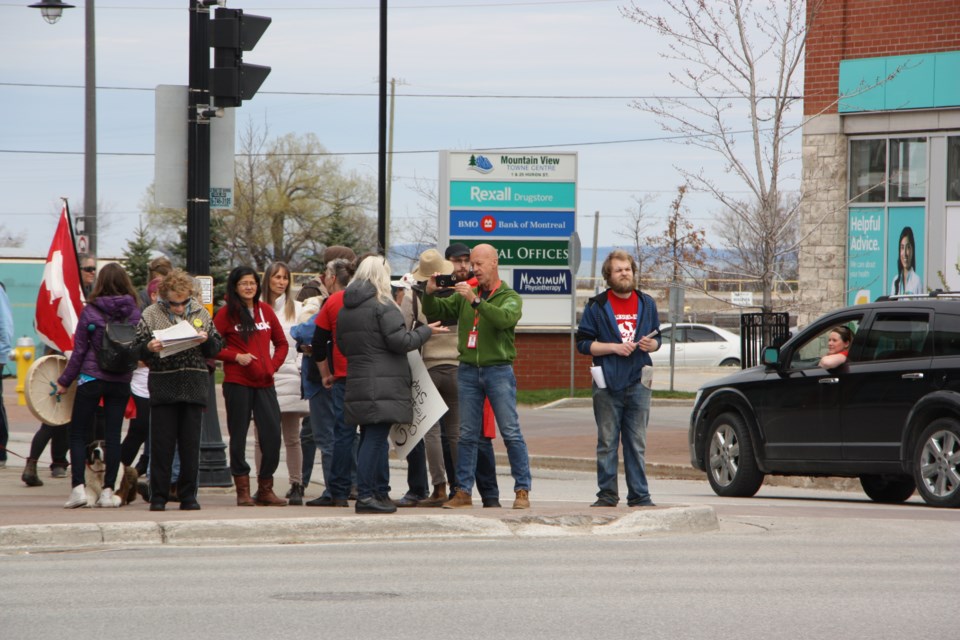 Between anti-mask protests and other gatherings, Collingwood OPP worked to educate throughout the provincial stay-at-home order that expired on June 2.

In a few cases, that included issuing tickets.

As part of Collingwood’s Police Services Board meeting on Monday, Staff-Sgt. Chris Maecker provided an update on anti-mask sentiment that swept across the town between April and July.

A protest occurred in Collingwood on May 1. According to a news release from the OPP put out shortly after the rally, officers were downtown during what organizers called a "freedom rally" while a group of about 75 people gathered at the intersection of First and Hurontario Streets. Later the group marched along Hurontario Street to Fourth Street and back to First.

“We prevented any injury from occurring. The real concern was the safety of the persons who were engaging in the protests and their proximity to the roadway,” said Maecker. “At the same time, we were concerned that organizers and planners were acting in contravention of the act. Our focus was to charge the persons who were organizing and planning.”

Between April and July, there have been four charges laid by Collingwood OPP under the Reopening Ontario Act.

A 23-year-old and a 27-year old, both from Collingwood, were charged in relation to the May 1 rally.

On April 7, a 53-year-old male from Collingwood was charged after refusing to wear a mask at a local store.

On April 29, a 22-year-old female from Toronto was charged after a gathering took place at a Collingwood residence.

“These types of events have dissipated,” said Maecker. “If they do re-occur, we will be there to assist.”

According to the stay-at-home order, each attendee of a gathering can be fined $750 and organizers may be fined a minimum of $10,000.

- with files from Erika Engel