Here are the results from the Collingwood municipal election.
Oct 23, 2018 8:37 PM By: Erika Engel 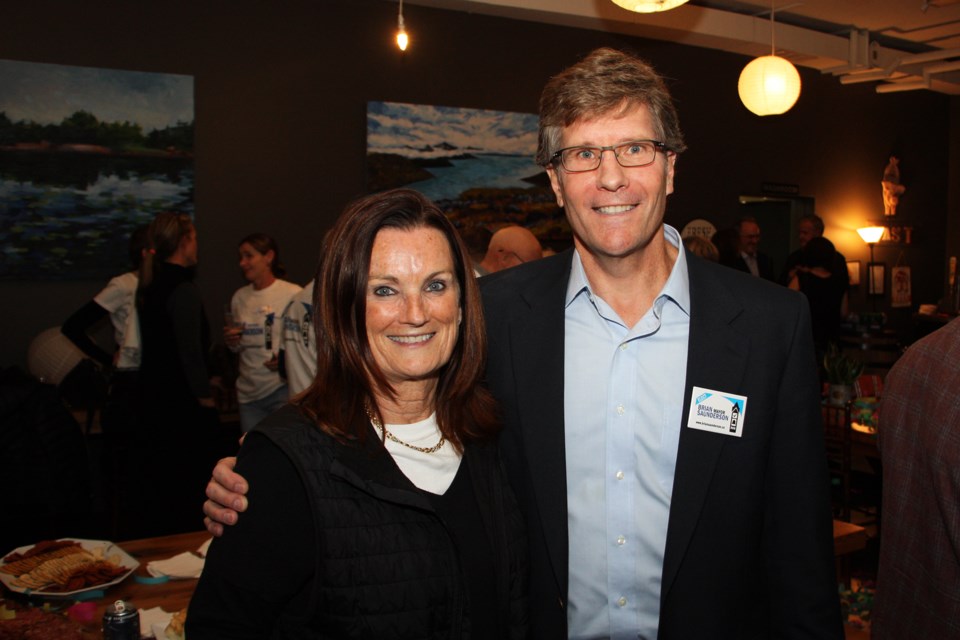 Brian Saunderson is the new mayor of Collingwood.

Saunderson won with 5,065 votes, beating out John Trude who received 3,310 votes. Michael Blair was third with 999.

Mariane MacLeod was the councillor candidate to receive the most votes winning first seat with 4,683 votes.

Madigan, Doherty, and Jeffery were the only incumbent councillors re-elected.

Saunderson, the current deputy mayor and now mayor-elect, was celebrating his win with his campaign team at the Men with Knives Larder on Ronnell Crescent.

"My first reaction was really to be humbled," said Saunderson, adding he was inspired by his team and grateful for the support he received from voters.

Along the campaign trail, Saunderson said he encountered residents who were "by-and-large pleased" with the direction the previous council took to reduce debt, develop a community-based strategic plan, a waterfront master plan and take steps to improve accountability.

The hospital became a hot-button issue during the election campaign and separated Saunderson from fellow mayoral candidate John Trude.

"It's a huge undertaking and Collingwood is stronger and a better community for it," he said.

Saunderson reflected on the voting system outage last night and resulting 24-hour extension, suggesting it was not something he wanted, but commended the clerk for her decision to extend the voting period by a day.

"It was a good turnout," he said. "We're certainly going to have to look at the process going forward.

Deputy Mayor-elect Keith Hull's celebrations were more subdued. CollingwoodToday reached him by phone while he was picking up his son from work.

"I'm ecstatic with the results," said Hull, "From top-down it's going to be an incredible council."

Along the campaign trail, Hull said he noted a significant concern with affordability and growth in town. However, before making too many sudden moves, Hull said he wants to meet with the other eight members of the council-elect to learn more about their priorities.

"So we move forward collectively instead of individually," said Hull.

"They did an excellent job under difficult circumstances to make sure anyone who wanted to vote still had the opportunity," said Hull, adding he heard from some concerned citizens who were having trouble voting, but later heard they were all able to cast their ballots successfully. "I'm not aware that anybody was disenfranchised. It was an inconvenience, no doubt."

According to a results report from the town, there were 9,482 ballots cast, four of which were blank.

Tanya Snell was elected school board trustee for the English Public School Board.