Three out of four area trustees have been announced. The fourth should be declared later today.
Oct 24, 2018 10:00 AM By: Erika Engel 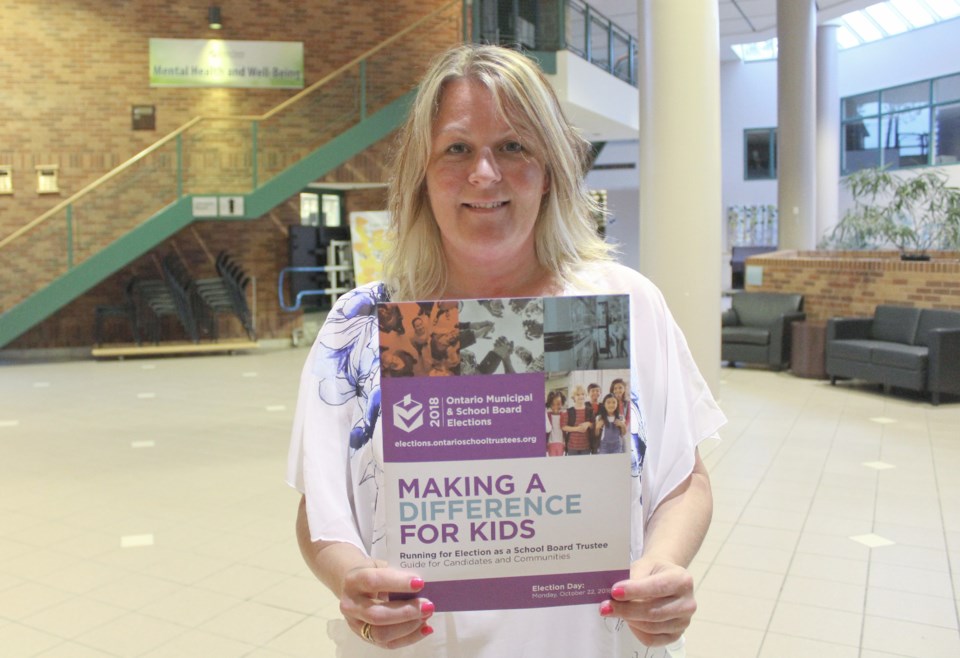 Results are still being finalized for the four school board trustees representing local areas on public and separate school boards.

In Collingwood and Wasaga Beach, voters elected Tanya Snell as the area representative for the Simcoe County District School Board. She won with 6,919 votes. Rob Potter was second with 3,796 votes. Brian McWilliams was third with 1,618 votes and Hugh Caulfield was fourth with 681 votes.

Robert North was elected to represent Clearview, Essa, Adjala-Tosorontio and CFB Borden on the Simcoe County District School Board.

Peter Fracassi was acclaimed as the Clearview, Collingwood, Springwater and Wasaga Beach trustee on the English separate school board – the Simcoe Muskoka District Catholic School Board.

Claire Thibedeau was elected as the Simcoe Muskoka trustee on the French separate school board, Conseil scolaire Viamonde.

The French separate school board trustee (Conseil scolaire catholique MonAvenir) has not yet been announced. The trustee for Collingwood also represents Bruce, Dufferin, Grey and Simcoe Counties, so votes will have to be tallied from several elections. We will update when the winning candidate is announced. In Collingwood, Saveria Caruso received the most votes with 8. Eric Lapointe received 7 and Guy Belcourt received 2.

Updated: Introducing the new Collingwood council
Oct 23, 2018 8:37 PM
Comments
We welcome your feedback and encourage you to share your thoughts. We ask that you be respectful of others and their points of view, refrain from personal attacks and stay on topic. To learn about our commenting policies and how we moderate, please read our Community Guidelines.