From learning to skate at the Eddie Bush Memorial Arena to National-level competition, skating coach returned home for a career in the sport he loves
Jan 30, 2020 11:00 AM By: Maddie Johnson 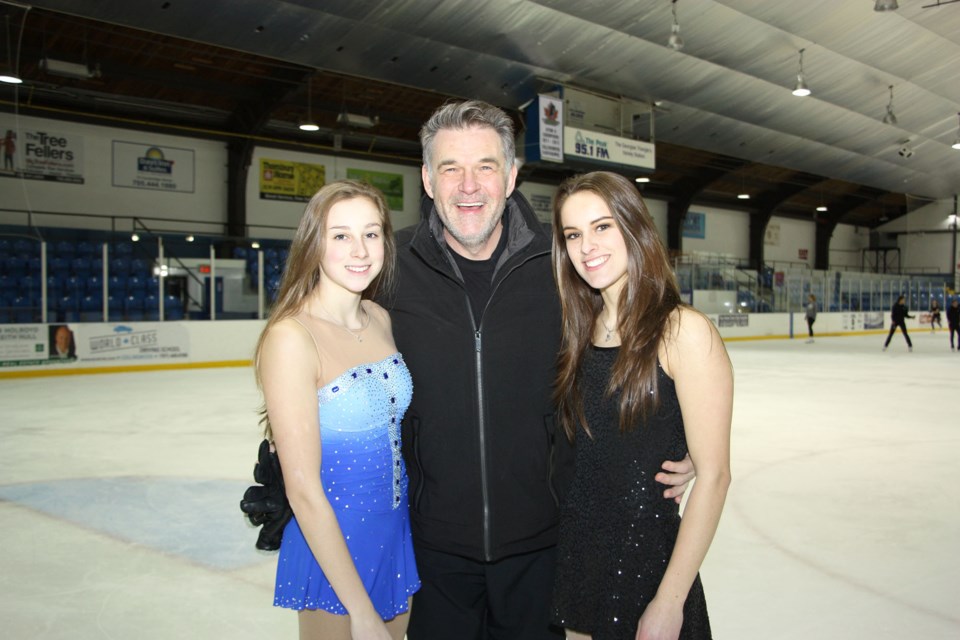 If you learned to skate in Collingwood in the last six decades, chances are you were taught by one of the talented coaches at the Collingwood Skating Club (CSC).

For almost 70 years, the CSC’s coaches have been supporting the “instruction, practice, enjoyment and advancement” of its members in all aspects and stages of their skating career.

“It’s a pretty big club with a growing community,” said Michael Koshilka, one of the club’s four full-time coaches. Koshilka has been coaching all areas of skating with the CSC for 28 years.

The non-profit youth organization operates out of the Eddie Bush Memorial Arena during the winter, utilizing the Central Park Arena in the spring and summer months. Programing is available for skaters of all ages, beginning with ‘PreCan Skate,’ for children aged three and over who have no prior skating experience, up to STARSkate, designed for intermediate and senior skaters into high school.

The club now has over 100 members, and according to Koshilka, between all of the coaches they have over 100 years’ of coaching experience.

“It may be an individual sport, but we’re still a team,” said Koshilka. “All of the skaters support one another and cheer each other on.”

Koshilka, who moved to Collingwood when he was just five years old, had never skated a day in his life until he attended a birthday party in his early teens. He came home from Eddie Bush Memorial Arena that day and asked to be put in skating lessons.

He’s been skating ever since.

Koshilka began competing when he was 16-years-old, eventually representing the CSC twice at the Canadian Nationals in pair figure skating.

“I love the competitiveness [of the sport],” said Koshilka. “Of course you want to succeed, but [skating] teaches you to be supportive of each other even if you're aren’t the one who succeeds.”

Koshilka has made coaching his full-time job, and he couldn’t imagine doing anything else.

“I don’t even know how to describe it... I just love working with the kids,” he said. “When I see them achieve something they’ve been working on it’s just so unbelievably rewarding.”

“Skating teaches you how to fail, and fail gracefully. I don’t think kids get that anymore,” he continued

Despite Koshilka’s passion, he still gets frustrated that he can’t coach pairs skating as much as he would like. The majority of the boys who learn to skate with the CSC quickly move on to hockey, leaving the girls who transition into figure skating to compete solo.

“Collingwood is such a big hockey area. After they learn to skate, 95 per cent of the boys go on to do something else,” he said. “I understand why. It’s hard for younger guys, especially in this area, so they would really have to have the passion and commitment.”

Koshilka said the ratio is typically 30-1 when it comes to the CSC, but he wishes he was able to give more guys the experience he had skating his whole life.

At the end of the skating season, the CSC holds a carnival — their version of a recital — to showcase everything the skaters have learned that year.

Allison Ashleigh, president of the CSC, said it’s the biggest event of the year.

Ashleigh has been one the board for six years, and got involved with the CSC because she had two children who learned and loved to skate themselves.

“It’s such an amazing community,” said Ashleigh. “The club allows the children to be social and active both on and off the ice.”

The parents and skaters get involved in the whole process, designing costumes and selling tickets leading up to the event. Every one of the club members will be a part of at least one number to highlight the work they have been doing over the season, and the CSC typically brings in a guest skater as well.

“Having everyone participate is helpful,” said Koshilka. “It teaches the kids every aspect of what goes on and gets everyone involved.”

This year’s carnival – Blades on Broadway – will take place March 28.