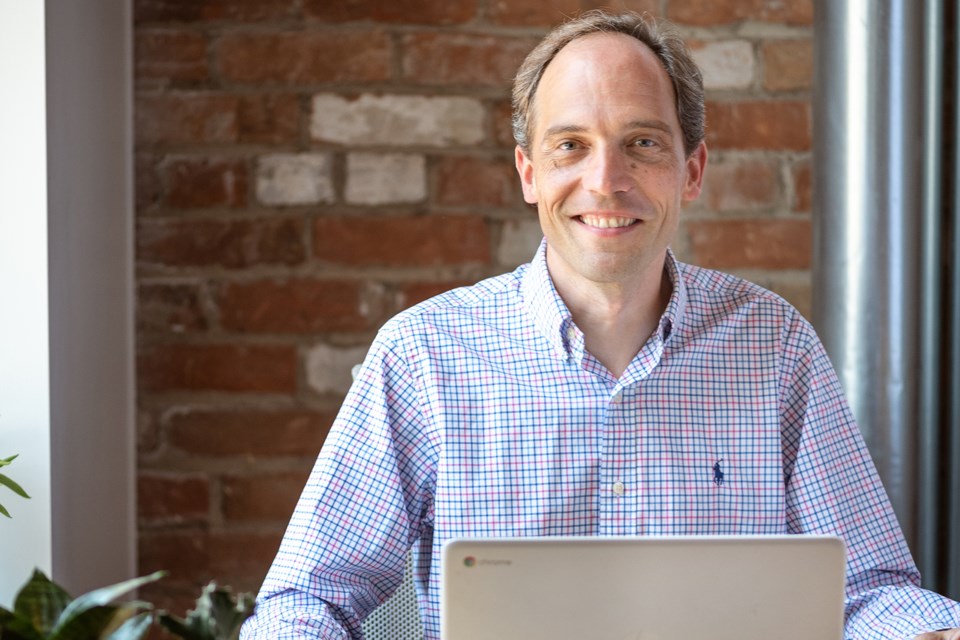 Bernard Verkaaik believes that success should be shared, so he made that the bottom line of his business, The Greater Goods.Contributed photo by Heather Goldsworthy

A Collingwood-based entrepreneur has created a business around his philosophy that small-batch food from a variety of sources should be on store shelves for the greater good of consumers.

Bernard Verkaaik is the creator of The Greater Goods, a food consulting agency.

Founded in 2017, the mission of the consultancy is to help food-based companies overcome any roadblock, no matter what stage they are at. From building out an idea, to brand development, product sourcing, manufacturing, and landing domestic or export contracts, The Greater Goods was established to help young companies thrive.

"I like helping people who have ideas. Helping them make their dreams come true, bringing them into reality,” said Verkaaik. “It’s really nice to see people flourish."

Verkaaik operates the business out of the Collingwood Foundry, a coworking space located downtown Collingwood.

Originally from a small town in The Netherlands, Verkaaik learned the basics of business at a young age. He moved to Toronto in 2001, and his eyes were quickly opened to the food brokerage industry.

Verkaaik spent 15 years learning the ins and outs of the industry.

“I really started to understand how it all works, who is buying from whom, and why people are using certain ingredients,” said Verkaaik.

In 2017, Verkaaik experienced a shift in location and career path. He wanted to have a bigger impact, and he wanted to help people. Around the same time, Verkaaik felt called to move somewhere more aligned with who he was becoming and the type of life he wanted to live.

“Collingwood was a very conscious decision. I had no business in Collingwood, but I really liked the lifestyle,” he said. “Also, at the time I had the mind to start my own business, so I was looking for a really great place to live, first.”

And the business quickly followed.

Over the years, he noticed a recurring theme: large brands were dominating the industry, making it difficult for smaller, healthier alternatives to get into restaurants and onto grocery store shelves. Verkaaik was determined to rectify this, so he quit his job and started The Greater Goods to make healthy alternatives more accessible to Canadians.

“The system is not supporting these smaller brands,” said Verkaaik. “Look what is happening right now, people need healthy alternatives and affordability. Times are changing ... so that is why I started my company.”

Verkaaik applies the knowledge he gained working for some of the largest players in the industry to help smaller, independent brands lower their operating costs and get their product into the hands of the consumer.

“All the things that are necessary to be successful,” Verkaaik said.

He has since helped several Collingwood-based businesses, from reformulating Fig & Feta’s sauces and spreads to make them shelf-stable and available in stores, to sourcing less expensive ingredients for Collingwood Kombucha to increase profit and helping a local entrepreneur launch her product — PawPad — across the country.

He said he owes a lot of the success of his business to both the Foundry and the greater Collingwood community.

“Both Collingwood and the Foundry are perfect environments where people really collaborate and work together to support each other — in business and in life,” Verkaaik said. “I think I am really drawn to it, because those are also the principles of my company. I really want to work together and share the successes that we have.”