The tale of Ungava's journey to open water 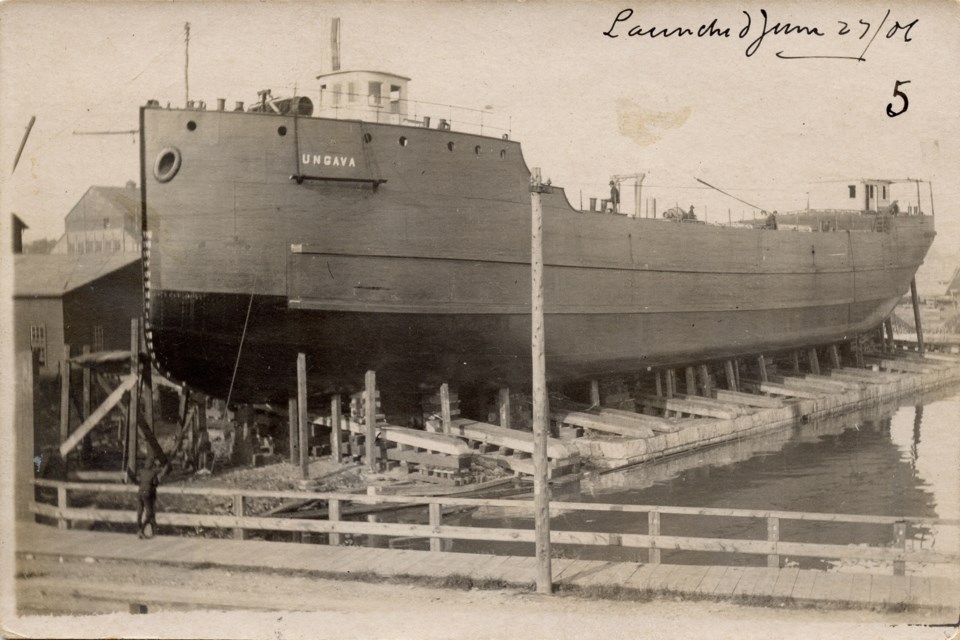 Presented here is Hull 8: Ungava, prior to launch on June 27, 1906, at the Collingwood Shipyards.

On this day, the vessel was pulled by the tug Emerson, and would be pulled by a variety of other tugs during its lifetime. It was 62.8 metres (206 feet) long, and able to carry 500 tonnes of freight.

“Ungava” is an Inuit term meaning “towards the open water” that was assigned to the Inuit band established at the mouth of Arnaud (Payne) River. It was also used widely by the Hudson’s Bay Company in the 19th century. Ungava worked in the grain and coal trades between Lake Erie, Lake Ontario, and the St. Lawrence River.

Between the end of 1917 and the beginning of 1918, Ungava was sent to saltwater and joined the French firm of Société Maritime Nationale where it was renamed Segre, and registered in Le Havre. Unfortunately, Segre was put out of operation once it sank in November, 1921.

Remember This is a weekly series of historic photographs submitted by the Collingwood Museum. These photographs were originally collected and documented by the Huron Institute in an historical catalogue entitled Huron Institute Paper and Records: Volume III. Much of Collingwood’s early history has been preserved due to the dedication and foresight of the early museum’s founders, namely its secretary-curator David Williams, upon its establishment in 1904.