The saucy little tug that could 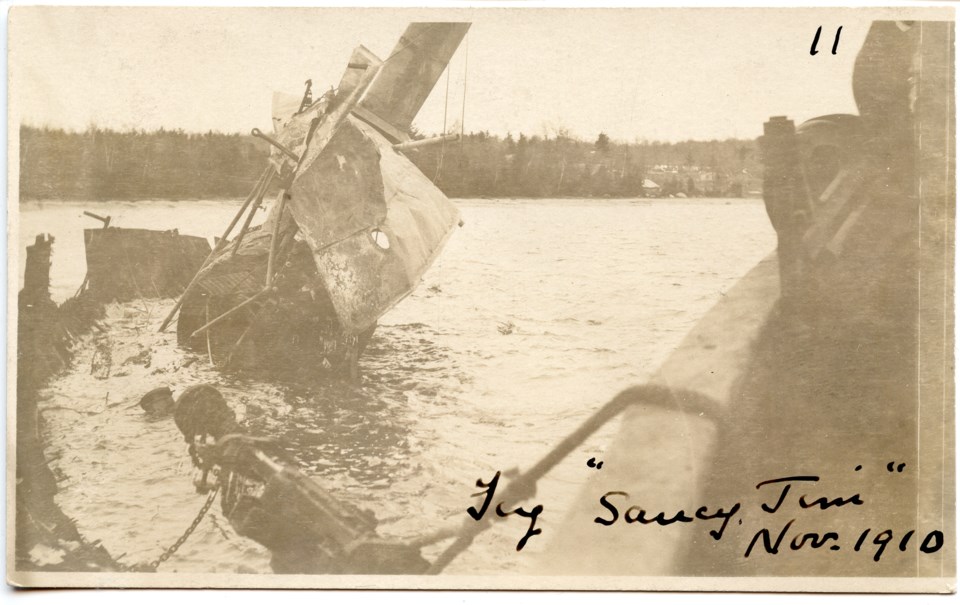 This postcard shows the wreck of the tug Saucy Jim in November, 1910.

Saucy Jim was built by Collingwood resident Robert Morrill in 1887 for John and James Gridley. The tug achieved many feats in its short lifetime. In 1901, Saucy Jim recovered the cargo from the wreck of the steamer W.L. Wetmore, which was tossed into the shallows and pounded to pieces by a November gale near Tobermory.

Four years later, when the steamer City of Collingwood caught fire at Collingwood’s Grand Trunk dock, Saucy Jim pushed the vessel – while it burned – to its final resting place in the harbour.

In its last years, the tug hauled logs between Christian Island and Waubaushene. On the night of Nov. 18, 1910, the tug caught fire at the Christian Island wharf. To prevent the dock from catching fire, the Saucy Jim was cut loose and made its final journey on Georgian Bay.