The life story (and mysterious ending) of a Collingwood-built barge 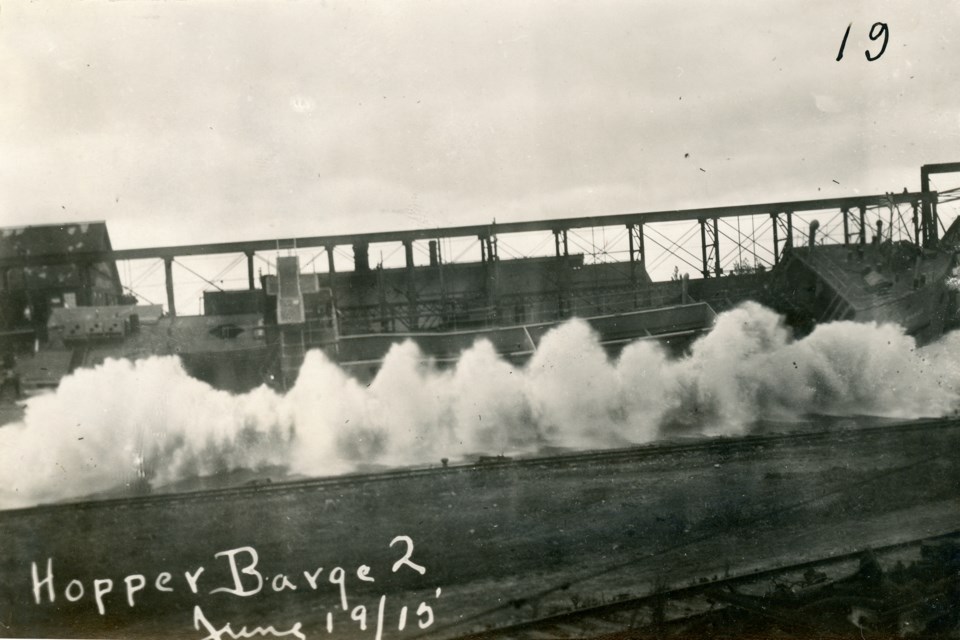 This Hopper barge was built for the Department of Marine and Fisheries to work in the lower reaches of the St. Lawrence.

The M&F Hopper Barge No.2 was the only vessel from Collingwood to go into service in 1915. It was later transferred to the Ministry of Railways and Canals, and sailed to Port Nelson, Manitoba, on September 10, 1927. There the Hopper barge worked in the harbour of Churchill, Manitoba, and in 1931 its name was changed to DM Hopper Barge No.2. No dates are certain, but the vessel was owned by the Department of Transport, the National Harbours Board, and Marine Industries Limited. What happened to the DM Hopper Barge No.2 is a mystery. It was dropped from the Canadian List of Shipping in 1962, quite possibly scrapped by its last owner.