The changing face of downtown business 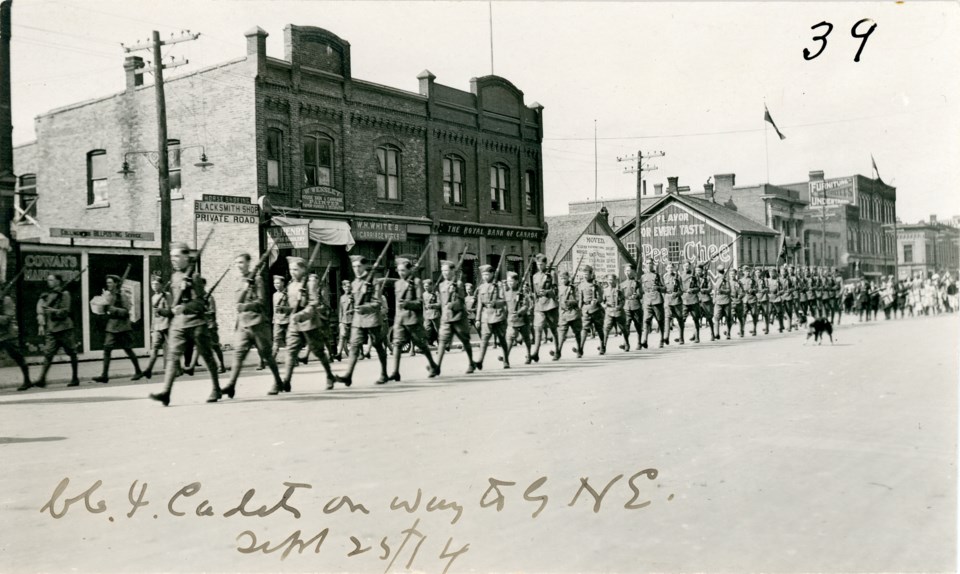 This week’s Remember This photograph shows the Collingwood Collegiate Cadets marching south along Hurontario Street to the Great Northern Exhibition on September 25, 1914.

What really stands out in this photograph is the line of businesses between Second and Third Streets along the downtown’s west side. On the left, you will see the Collingwood Billposting Service, followed by a private road that leads to a blacksmith shop for horseshoeing. G. R. Henry’s Saddlery and a sign for William Wensley’s painting service follow. The portions of the brick building occupied by W.H. White’s Carriage Service and the Royal Bank of Canada continue to stand into the present day, housing the National Bank at 108 Hurontario Street. Collingwood’s original Canadian Imperial Bank of Commerce and Trott’s Furniture and Undertakers complete this block. Today, the three-storey Trott building at the south-west corner of Hurontario and Second Streets houses Century 21.