In this week's Remember This, Collingwood welcomes home First World War soldiers with a day of celebrations.
Apr 29, 2018 10:30 AM By: Remember This? 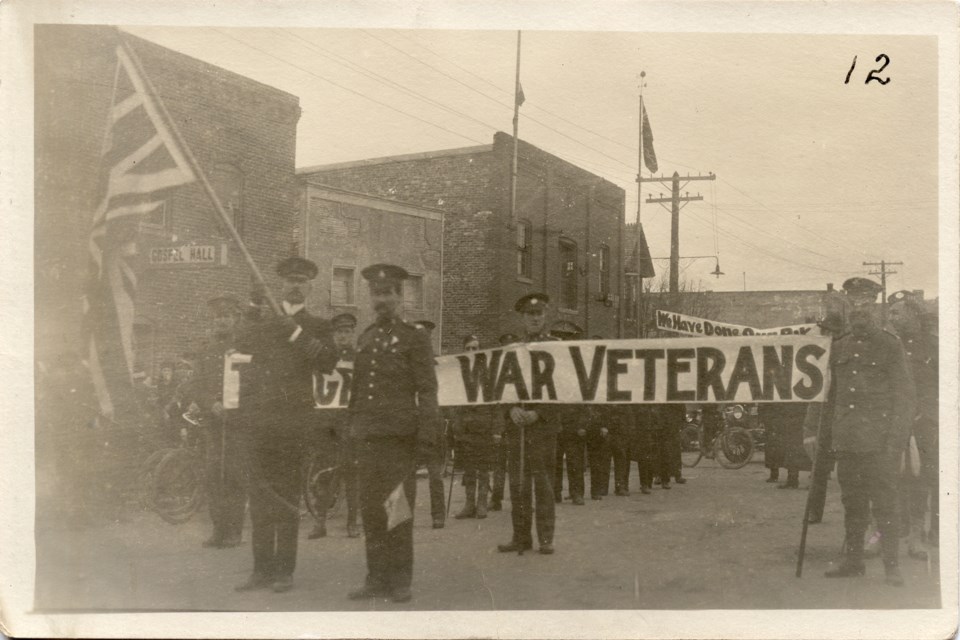 The parade consisted of floats, veterans, and three bands: the Collingwood Kilties, Guelph Jazz Band, and the Meaford Citizens’ Band.

The procession started on First Street, travelled east to Hurontario, then turned onto Hume and ended at the Exhibition Park, where around 300 veterans were formally welcomed by Mayor Robert Arthur.

All shops were closed and everyone was invited to partake in the activities and decorate their homes, storefronts, or vehicles. The parade kicked off the celebration, followed by two baseball games and a variety of other sports for women, men, and children.

The day came to an end with roller skating and dancing on Hurontario Street. Everyone was encouraged to dress in costume, and to decorate booths, which filled the street.