Rough start for the Collingwood-built Hagarty

In this week's Remember This we learn the circumstances that led to the building of the Hagarty.
Jun 8, 2018 9:00 AM By: Remember This? 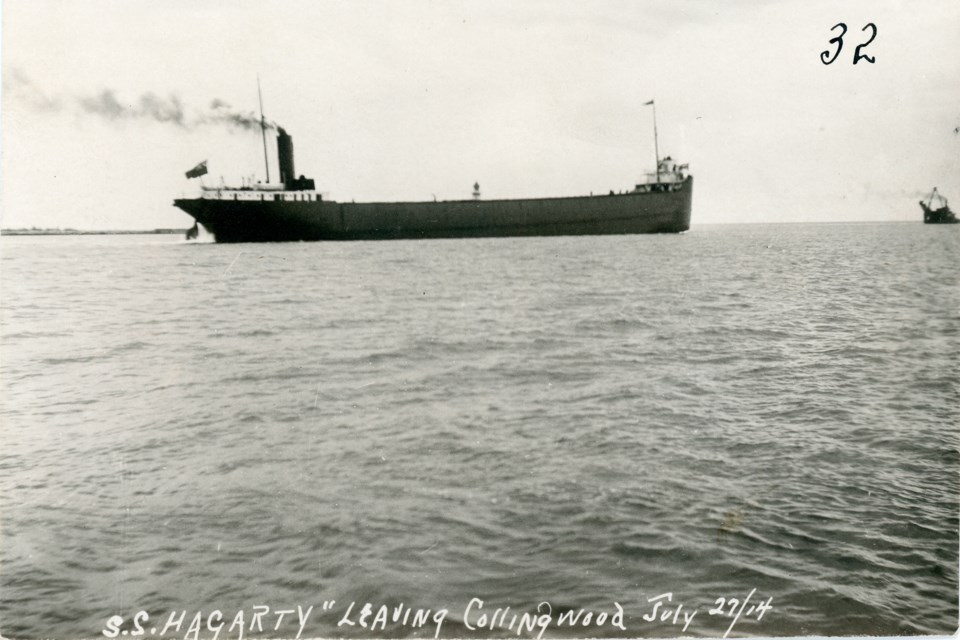 The Hagarty did not get off to the best start as it was involved in a mishap in the mid-summer of its first year. No details are given except that 22 hull plates were in need of repair. After being fixed in Detroit, the life of the Hagarty was uneventful. In 1917, it was transferred to Canada Steamship Lines and continued to deliver coal, grain, and iron ore until 1967. The Hagarty’s last delivery was to the Canada Malting Elevator in Toronto. The ship was sold to Steel Factors Ltd., who later sold it to Spanish ship breakers. On October 28, 1968, the Hagarty arrived in Santander, Spain, to be scrapped along with the Collingwood-built steamer Collingwood.