For 99 years, the Great Northern Exhibition agricultural fair was a highly anticipated event in Collingwood
Jun 16, 2019 11:00 AM By: CollingwoodToday Staff 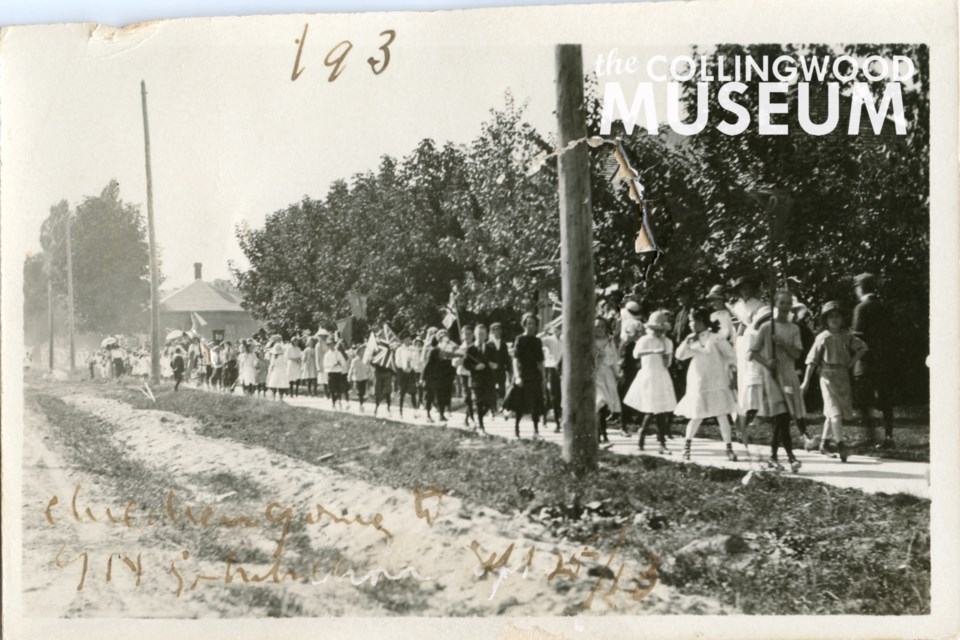 This week’s Remember This post is short and sweet, just like the children in today’s featured photograph. A handwritten note on the photograph’s front reads “Children parading to the GN Exhibition, September 25, 1913”.

Collingwood’s annual agricultural fair, the Great Northern Exhibition (GNE), continues to be a popular tradition for many local residents. Today’s photograph features students marching to Collingwood’s traditional fairgrounds along an unidentified street. The children wave Union Jacks and the odd parasol, probably held by supervising adults, are visible above the heads of the seemingly unending line of students.

Between 1882 and 1981, the celebrated event was located at Collingwood’s Town Park, the present day location the Collingwood Curling Club, Central Park Arena, and the YMCA. In 1982 a permanent site was purchased on the 4th Line, now Fairgrounds Road.

If you have a story to share about today’s featured photograph, please contact museum staff at mshaw@collingwood.ca.