How different is today's downtown from that of 1914? 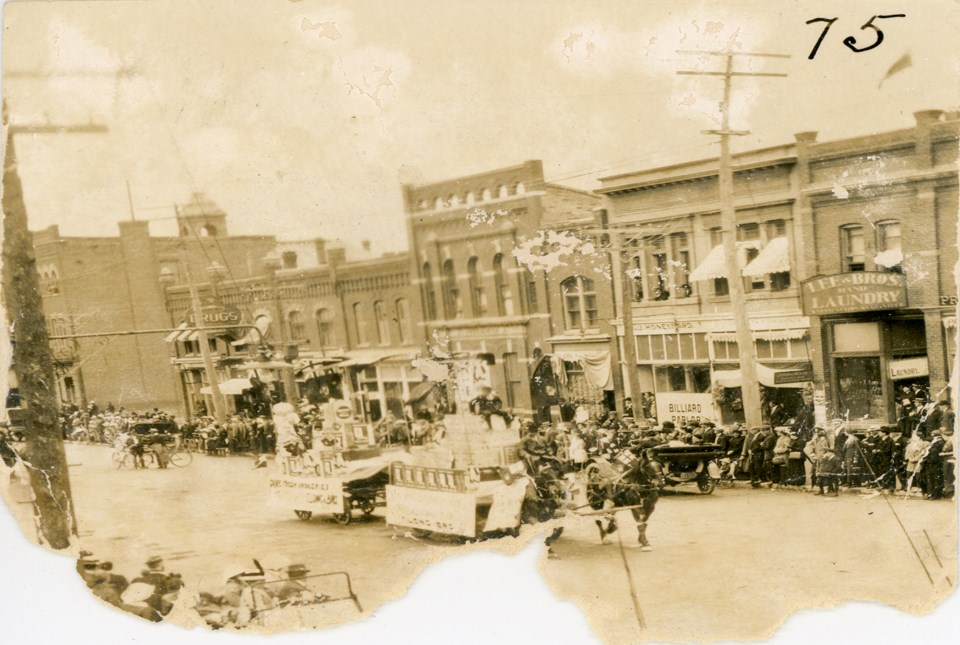 Photographs of parades, particularly those taken on Hurontario Street, are invaluable to researchers interested in Collingwood’s early businesses.

They also reveal key details about the original appearances of the beautiful brick buildings that line Collingwood’s Heritage Conservation District and, for this reason, are frequently consulted by property owners.

This small photograph, measuring only 7.5cm x 7cm, captures an unbroken group of buildings that continues to exist 104 years after the July 1, 1914, parade the photograph depicts. The three-storey brick building on the extreme left is no longer present, having suffered a devastating fire in 1983. This was known to all as the Arlington Hotel, the namesake for today’s Arlington Shoppes and Offices on the east side of Hurontario Street, between Simcoe and Ontario Streets.

Remember This is a weekly series of historic photographs submitted by the Collingwood Museum to CollingwoodToday.ca. These photographs were originally collected and documented by the Huron Institute in an historical catalogue entitled Huron Institute Paper and Records: Volume III. Much of Collingwood’s early history has been preserved due to the dedication and foresight of the early museum’s founders, namely its secretary-curator David Williams, upon its establishment in 19