A star is born: this building has housed a theatre since 1911

Remember This? Admission was 25 cents and women and children weren't allowed to attend afternoon matinees.
Jun 24, 2018 10:00 AM By: Remember This? 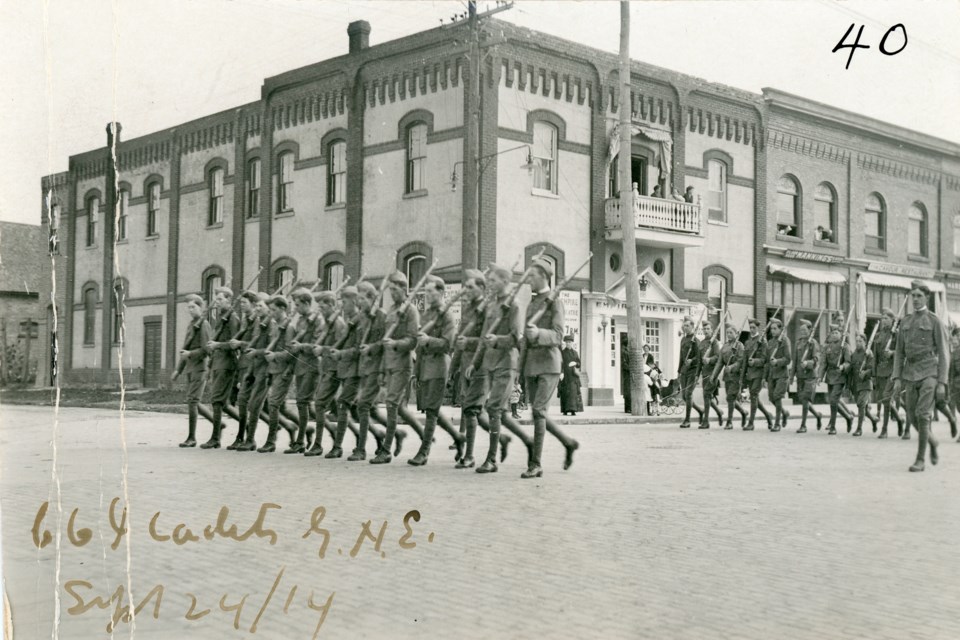 We continue from last week’s Remember This feature with another photograph from the Great Northern Exhibition parade on September 25, 1914.

This photograph shows the Collingwood Collegiate Cadets marching north on Hurontario Street with the Empire Theatre in the background. The Empire Theatre was located on the original site of the True Blue House, a wood-construction hotel.

In 1911, the building was transformed into a theatre. During these early years, only men were allowed admission into afternoon shows, women and children would have to wait for the evening shows.

The Empire Theatre was closed for renovations in June 1922. The owners at this time were Burnside and Huston, who rented the building from Sam Russ. The building reopened two months later as the Rex Theatre.

In these early years, admission was 25 cents, and on Saturdays, children were able to enter with the few cents they may have had in their pockets.

In 1925, Burnside and Houston declared bankruptcy, and the Rex Theatre was closed. Fortunately, the building was purchased two weeks later by a partner of Sam Russ.

The theatre’s name was changed for a third and final time to The Gayety Theatre in 1927 and in December 1928, a colossal sign was installed. This original sign had 1,500 light bulbs and could be seen from the top of the Blue Mountain. The Gayety ran smoothly and was operated by the Russ family until it quietly closed on February 22, 2003. Not long after, the building was sold to Sid Dickenson and was back in business on May 23, 2003.