A bridge on the river Nottawasaga

In this week's Remember This: the Van Vlack wooden bridge is replaced by a steel structure giving motorists access to the main street in Wasaga Beach.
May 20, 2018 9:39 AM By: Remember This? 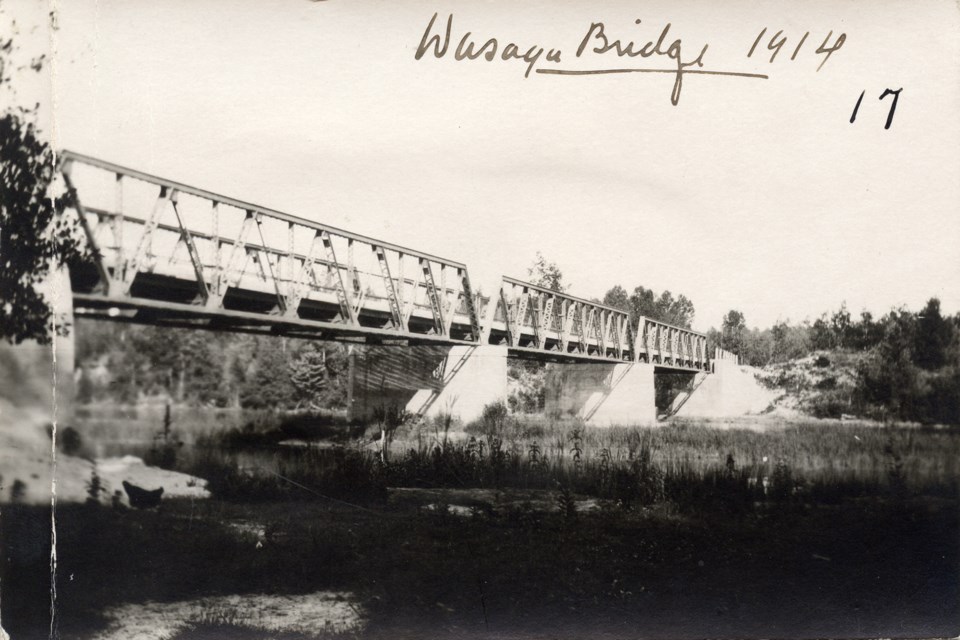 This week's Remember This photograph shows the original steel bridge over the Nottawasaga River in Wasaga Beach in 1914.

The steel bridge was constructed in 1909 to replace the Van Vlack Bridge, which was built in 1872 out of wood.

The wooden bridge had started to decay, and became too expensive to repair, which led to the construction of the steel bridge where the Main Street Bridge is today. The bridge’s location greatly contributed to the creation of the main street area, as the beach was becoming very popular, and the bridge gave easy access.

By the late 1950s, the original steel bridge had deteriorated, and was replaced by the current bridge in 1961. Some steel and concrete was saved and used to build a boathouse along the river.