Officers were alerted to the dog in distress shortly before 7 p.m. The owner of the dog did not return to the vehicle until approximately 9:30 p.m. at which time he was charged
Jul 16, 2018 3:28 PM By: CollingwoodToday Staff 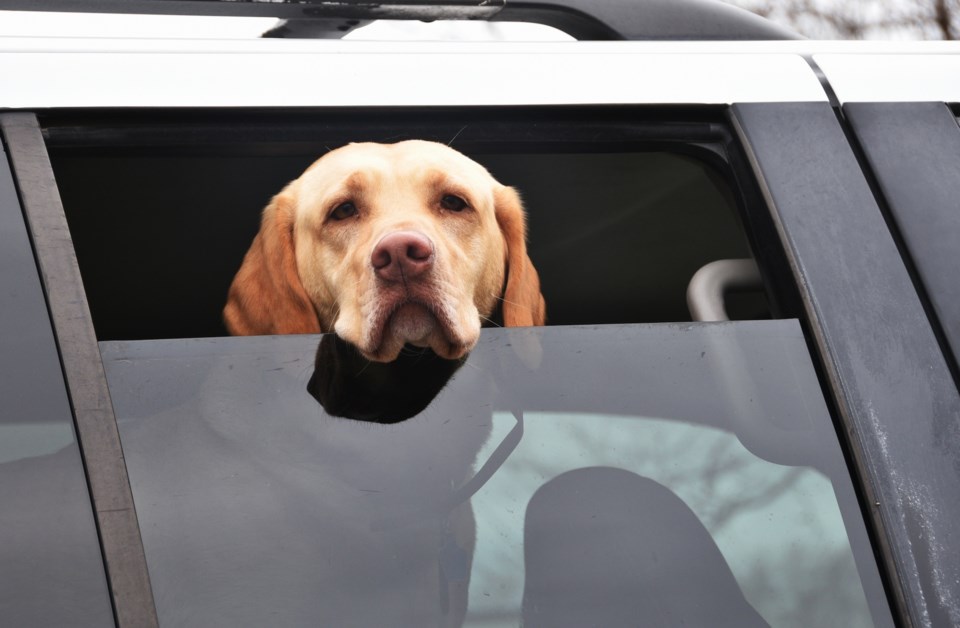 NEWS RELEASE
ONTARIO PROVINCIAL POLICE
*************************
Officers from the Collingwood and The Blue Mountains detachment of the Ontario Provincial Police (OPP) charged a male with a by-law offence related to a call for service in regards to a dog left in a vehicle at the movie theatre in Collingwood.

On July 14, 2018 shortly before 7 p.m., OPP officers were alerted to a dog left in a vehicle at the Galaxy Cinemas parking lot on Mountain Road in Collingwood. Officers attended and located the Pontiac Montana with the dog inside which appeared in distress. This led to the officers contacting a tow company to unlock the doors and gain access to the vehicle.

Thankfully the dog was friendly with officers and was given some water to help him cool off and even got part of an officer's lunch as a treat. The dog was subsequently taken to the local animal shelter until the owner could be located.

At approximately 9:30 p.m., the owner of the dog was located returning to his vehicle where the 22-year-old male from Wellington North Township was charged under the Responsible Pet Ownership Act under the Collingwood by-law.

OPP officers would like to remind the public not to leave their pets unattended in parked cars.

Be mindful that parked cars can quickly reach deadly temperatures, even on relatively mild days with the car parked in the shade and the windows slightly open. Dogs have a limited ability to sweat; even a short time in a hot environment can be life-threatening.