There's a public meeting tonight ahead of a scheduled meeting on Jan. 14 where council will decide whether to opt-in or out of retail cannabis in Collingwood.
0
Jan 7, 2019 11:30 AM By: Erika Engel 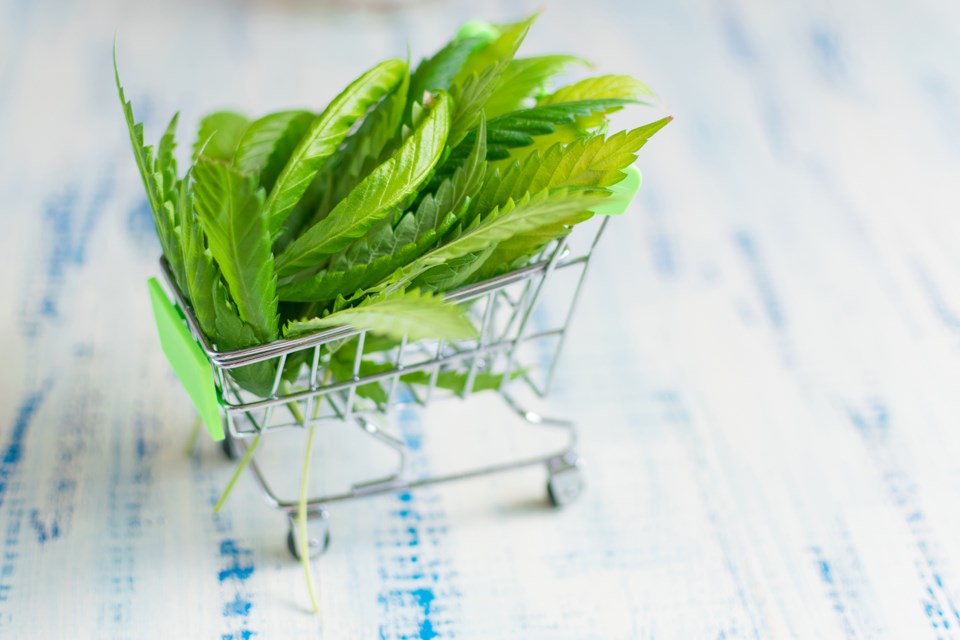 The results of an online survey asking residents whether they support cannabis stores in Collingwood showed a majority of survey-takers are in favour of cannabis retail in Collingwood.

Of the 1,420 people who filled out the online survey, 66 per cent (944) of them said they would strongly support having cannabis retail stores in the town of Collingwood. Another 11 per cent (155) said they would somewhat support it.

The survey, which closed on Dec. 31, asked the public to weigh in on cannabis use and sales in Collingwood in advance of the opt-out deadline of Jan. 22. Each municipality in the province has one chance to opt-out of having retail stores, but that must be done by Jan. 22. After that, the municipality may opt-in later, but cannot opt-out again.

There will also be a public meeting during tonight’s (Jan. 7) Strategic Initiatives Committee meeting at the Library in the Community B and C rooms beginning at 5 p.m. The meeting will be live streamed on the town’s YouTube channel here.

More survey results included 66 per cent of respondents saying they would prefer to purchase cannabis at a storefront, with less than 5 per cent saying they preferred online purchasing. Twenty-four percent of survey respondents said they had no intention of buying cannabis.

The survey also asked participants to rate their level of concern when it comes to proximity of cannabis retail stores to various locations in the community.

Locations such as high schools/colleges, parks/playgrounds, youth facilities, registered daycares, and addiction treatment centres had more respondents ticking the box next to “very concerned.” Proximity to parks and playgrounds drew the most concern with 53 per cent of respondents indicating they were “somewhat” or “very” concerned about retail cannabis stores close to parks and playgrounds and youth facilities such as recreation centres were a close second at 52 per cent of respondents indicating concern.

The lowest level of concern was with a cannabis retail outlet in close proximity to an LCBO, religious or cultural institutions, and high density residential areas (in that order).

One question asked participants to write in why they thought a cannabis retail store would be beneficial to the town of Collingwood. Of the 1,420 written answers, the trends included: better control of the sale and production of cannabis, more jobs, more tax revenue, better and safer access to cannabis, helping eliminate an illegal cannabis market, support for those using medical marijuana, increased value for the tourism market, and variations of “none” and “no benefit.”

The results of the survey are available online here. The town is also keeping an information page updated with a list of cannabis rules and consultation here.

During tonight’s strategic initiatives standing committee, the public will have an opportunity to make comments. Council is scheduled to make the decision on whether to opt-out of allowing cannabis retail stores in Collingwood at the regular council meeting on Jan. 14.

However, even if Collingwood opts to allow retail storefronts in town, a recent announcement from the provincial government suggests it will be a while before a town of Collingwood’s population will get a cannabis retail store.

In early December, the Ontario government announced a severe shortage in the supply of legal, retail cannabis, and said the initial phase for allowing retail stores in Ontario will only include 25 licenses and they will be granted to cities with a population over 55,000 people. Collingwood is part of the province’s East region (Ottawa to Haliburton), which will get a total of five licenses for cannabis retail outlets.

Cannabis stores in Collingwood?
Dec 2, 2018 11:00 AM
Comments
We welcome your feedback and encourage you to share your thoughts on this story. We ask that you be respectful of others and their points of view, refrain from personal attacks and stay on topic. To learn about our commenting policies and how we moderate, please read our Community Guidelines.