Creative director and internationally-renowned pianist Daniel Wnukowski has hand-picked each of the performers; 'It will be sheer magnificence,' he says
Jul 2, 2019 1:30 PM By: Erika Engel 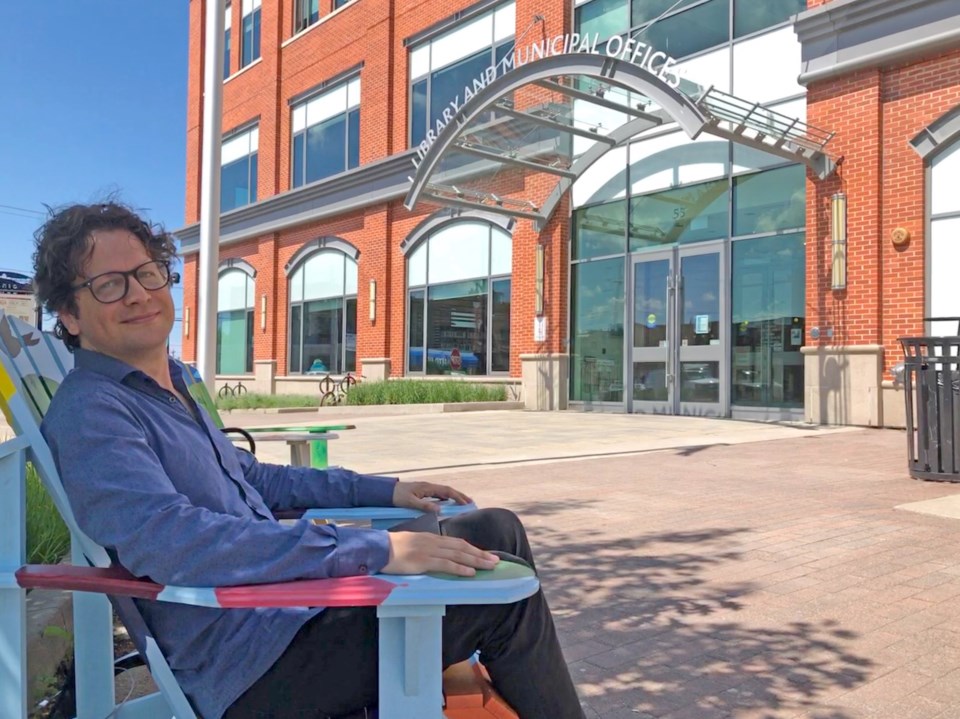 *Editor's note: This story has been updated to reflect a schedule change. Festival organizers announced Gryphon Trio was replaced with Beethoven's Best in the lineup.

This summer’s live music scene will include some Beethoven, a dash of tango, a bit of jazz, and the sound of the mbira.

Daniel Wnukowski is the founder of the festival and the artistic director. He’s travelled the world as a pianist and now visits his parents at their home in Wasaga Beach.

Last year, he performed a concert at Trinity United Church with organist Keiko Yoden-Kuepfer. Proceeds from the concert supported the Home Horizons Barbara Weider House - a shelter for homeless youth in Collingwood.

Wnukowski said the cause resonated with him, and he enjoyed playing for a Collingwood audience.

Since then, he’s been working on planning for the Collingwood Summer Music Festival, bringing internationally-renowned Canadian artists to Collingwood.

“These are the kind of people you have to travel to Toronto to see,” said Wnukowski.

Each act was hand-picked by Wnukowski, and he’s put an extra something into the first and final concert of the festival.

The opening concert on July 18 is a choral extravaganza featuring the Elmer Iseler Singers paired with the local ChoralWorks Choir and accompanied by the Collingwood Festival Orchestra with Wnukowski on piano, Maumi Seiler on violin and Lydia Adams conducting.

“It’s music on a grand scale,” said Wnukowski. “It will be sheer magnificence.”

The final concert is a world premiere of a family-friendly show featuring R.H. Thomson as a narrator telling a story, Trevor Copp as a mime artist to act out the story, and Michael Schulte on violin leading a 10-piece instrumental ensemble to accompany the storytellers.

For Wnukowski, the festival is an extension of his passion for music that began before his first memories formed.

He was told by his parents he began begging for piano lessons after spotting a piano made of transparent plastic that revealed the inner mechanics.
At just three-and-a-half years old, Wnukowski was told he would have to be able to read before his music teacher would give him lessons.

He said his mother - a Polish immigrant to Canada - spent the next six months working on his reading skills so he could get into music lessons.

By 15, Wnukowski was studying abroad in Europe. He’s been touring ever since, save for a few years when he took a hiatus to try medical school.

With a child on the way, he thought a life spent touring would be too hard on his family.

But without music, Wnukowski fell into depression.

Wnukowski lives in Vienna, Austria for three months of the year, and the other time is spent on tour.

He sees music as light, the kind that spreads and consumes.

“Music is so mysterious,” he said. “It’s a strange kind of light that flickers and changes colours, and as one gazes at it, it draws one in deeper and deeper like an unstoppable force.”

As long as he’s working in the light, it’s a welcome friend. In fact, while in concert, Wnukowski looks for that light.

“I love to watch the audience when there’s a spark in their eye and it lights and glitters through the audience,” said Wnukowski. “That’s what I die for.”

He’s hoping to channel that spreading spark and inspire connection with the Collingwood Summer Music Festival.

“At a good music performance, the audience can come in as complete strangers, but leave having shared a common experience,” said Wnukowski. “Music festivals can build bonds. The greatest thing that can happen is the sense of community.”

The Collingwood Summer Music Festival runs from July 18 to Aug. 11.

The concerts will be held at New Life Church in Collingwood. You can see the schedule and purchase tickets on the website here.