LETTER: Collingwood resident once bonded with Prince Philip over a bowline knot 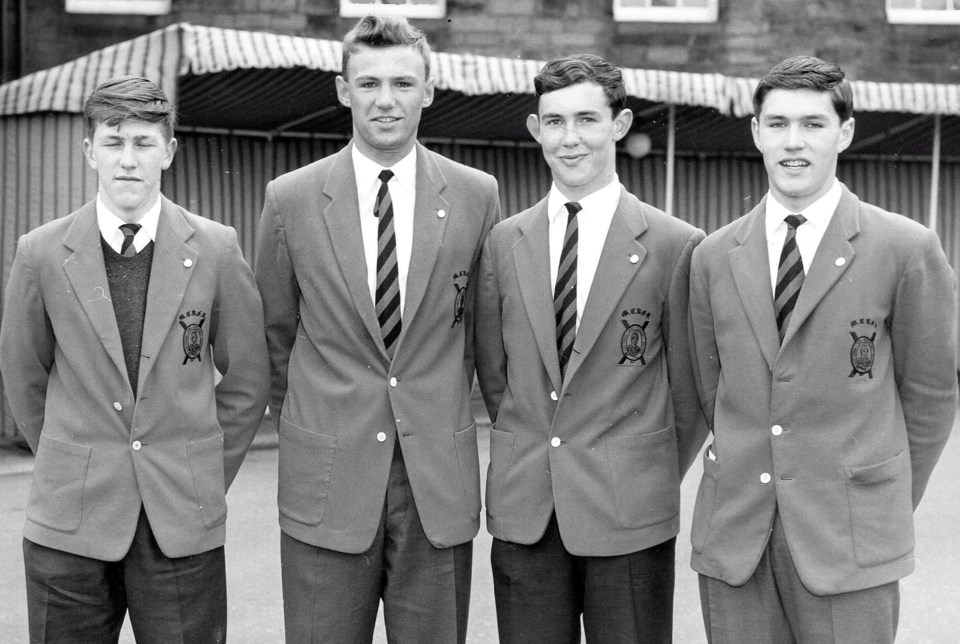 Graeme Wallace is pictured here with his school's Duke of Edinburgh Gold Award winners in 1961. Wallace is second from the right. Contributed photo

The following letter was submitted to CollingwoodToday.ca. We welcome letters to the editor, which can be emailed to erika@collingwoodtoday.ca.

With the passing of Prince Philip, the Duke of Edinburgh very good memories come to mind of meeting him twice about 60 years ago when I was at school in Edinburgh.

I participated in the Duke of Edinburgh's Award soon after it was founded back in 1956. I earned all three awards: Bronze, Silver and Gold.

I met Prince Philip while I was doing the Silver Award in 1961 when he toured award participants during one of his visits to Edinburgh. During the day, he stopped and asked me what I was doing and I told him that I was making a bowline knot. He said he knew that knot, as he had served in the Navy.

The main activities of the Gold award consisted of four sections; Rescue and Public Service Training, an Expedition, Pursuits, and Fitness.

I passed a comprehensive examination for the Edinburgh Ambulance First Aid course and for the Expedition I completed a 51-mile backpacking hike and camping over three nights and four days in the Highlands of Scotland near Glencoe in April 1961.

For the Pursuits, I made many aircraft models as well as several buildings for my model railway set and I achieved many running, jumping, throwing events for Physical Efficiency.

I was very honoured that the Gold award was presented to me by Prince Philip himself in June 1961 at the Palace of Holyrood in Edinburgh.

He certainly was a real gentleman and he took the time to say something to every award participant.  He will be greatly missed.

When Prince Philip stood down from leading the Duke of Edinburgh's Award, I met HRH Prince Edward, back in September 2012 when he visited Toronto, after he took over the award program

My wife and I came to Canada in 1978 and lived in Toronto until we moved to Collingwood in 2005.

LETTER: More should have been done to prevent development stoppage, says resident
Apr 26, 2021 11:30 AM
Comments