Wake up with an adrenaline rush like no other on Nov. 30

The third-annual nationwide polar bear plunge makes its way to Collingwood for the first time, all in support of youth mental health
Nov 14, 2019 12:20 PM By: Maddie Johnson 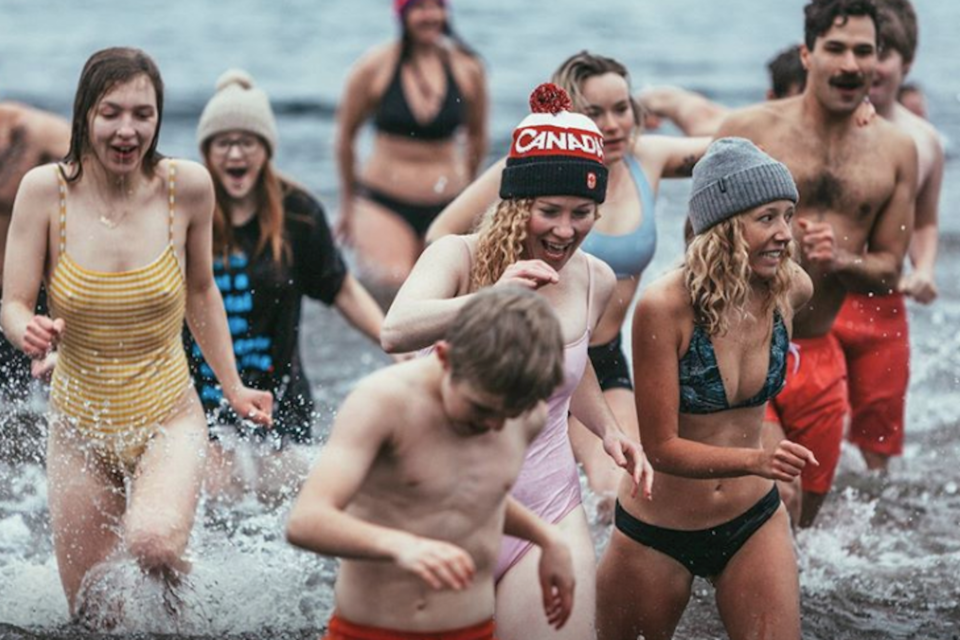 Grab your bathing suit and get ready to strip down before hurling your body into Georgian Bay’s icy waters at the end of the month.

Why? Because it’s for a great cause.

Brainfreeze is an annual fundraising event that invites community members across the country to plunge into freezing cold waters in support of youth mental health. All of the proceeds go towards Jack.org, a Canadian charity that trains and empowers young leaders to revolutionize mental health in every province and territory.

The fundraiser began three years ago as a do-it-yourself event created by Surf the Greats in collaboration with Jack.org, along with 80 crazy Canucks willing to submerge themselves in Lake Ontario to make waves for positive mental health. Since then, it has more than tripled in size and now includes six cities across the country and over three hundred participants.

This year, Collingwood got added to the roster.

“We thought the community could really benefit from something like this,” said Cole Martin, one of the team members at Primitive Patterns and a cohost of the Collingwood event.

Martin and the rest of the Primitive Patterns team collaborated with Surf the Greats at a local event earlier this fall, and after learning about Brainfreeze, they reached out to Jack.org to see how they could bring the cause to Collingwood.

Primitive Patterns’ mission is focused on reconnecting the mind, body and universe, and they base their fitness programs on the importance of a healthy mind just as much as a healthy body.

With support from other local groups such as the Georgian Bay Surf Club, HEAD1st Concussion Awareness, Side Launch Brewing Company and many more, it seemed like a no brainer to align themselves alongside the two other organizations to bring Brainfreeze to the Bay.

“Collingwood is such an active community. It’s a community of people that will get behind cool causes like this and really align with it, step outside of their comfort zone to support it,” Martin continued.

On Nov. 30, along with Collingwood, brave community members in Toronto, Montreal, Halifax, Vancouver and Victoria will gather and take the polar bear plunge all together at 10 a.m. (in their respective time zone) to fight the negative stigma surrounding mental health.

The Collingwood plunge will take place at Sunset Point Provincial Park, and will begin with a dynamic workout designed to warm you up before you strip on down and submerge your body in the ice-cold bay. Other locations will feature similar warm-ups, such as strip yoga, to distract participants from the icy waters they are about to embrace.

After drying off, everyone is invited to warm up at a social event at Side Launch Brewing Company. Sponsors and other speakers will discuss the importance of alleviating the stigma that surrounds mental health and provide more information on Jack.org and the programs they offer.

Jack.org has been active for over 10 years and became a certified non-profit six years ago. Its mission is to break down barriers to positive mental health through three main programs: Jack Talks, Jack Chapters and Jack Summit.

All of the programs focus on engaging youth in the discussion and encouraging them to work within their communities to address unique challenges they may face, and offer support.

“The audience who is listening is primarily youth, so listening to someone their own age talk about the importance of positive mental health really helps them identify,” said Garry Buchan, the major events coordinator at Jack.org.

All of the funds raised from each Brainfreeze event will go towards the three programs, but Buchan said ultimately, it’s about raising awareness.

“We acknowledge there are unique challenges and barriers in each community that may differ from city to city, province to province. It really emphasizes how much of a community aspect Brainfreeze is,” said Buchan. “It is a very collaborative event. If we didn’t have people on the ground in each city being as awesome as they are, this whole event wouldn’t happen.”

Countrywide, there are already over 300 people who have signed up and collectively raised more than $40,000. Buchan’s goal is to surpass last year’s total of $45,000 and hit their new target of $50,000 of funds raised this year.

“Community is important to drive change. Although this is raising money for youth, it’s collective. I’ve seen kids as young as five jump into the water alongside seniors. There are so many positive aspects to bringing people together, it helps create a positive atmosphere and better understanding of mental health,” said Buchan.

Martin said there are no rules, just showing your support and raising money and awareness is enough. If you don’t want to swim, you don’t have to, but Martin invites participants to get creative and push their limits — both physically and mentally.

“It’s not going to be easy, we’re going to be freezing. But we have to raise awareness somehow. So bring a big towel and maybe some running shoes, but other than that just be ready. It’s going to be fun,” said Martin.

To find out more about the event, or learn how you can participate, visit jack.org/brainfreeze.