NEW YORK — What’s it like to be an international film festival sensation without hardly leaving your home? Like most things during the pandemic, it’s surreal.
Sep 16, 2020 9:04 PM By: Canadian Press 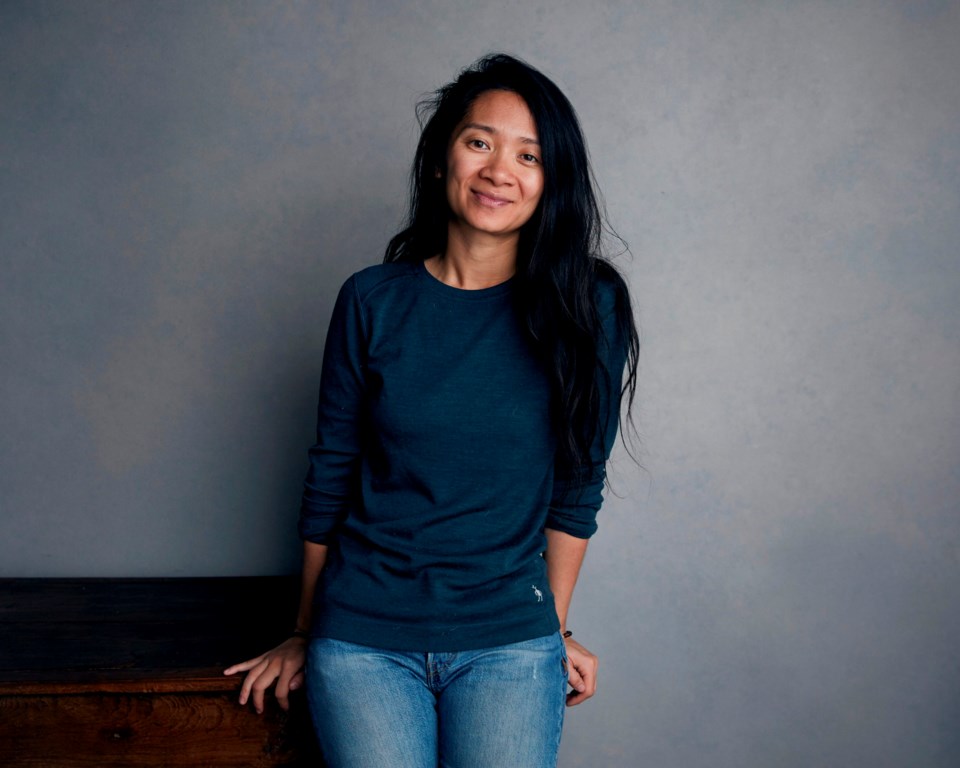 NEW YORK — What’s it like to be an international film festival sensation without hardly leaving your home? Like most things during the pandemic, it’s surreal.

Except for trips to the editing room, director Chloe Zhao has mostly stayed at the Ojai, California, home she shares with three chickens and two dogs, even as her film, “Nomadland,” has won raves around the globe. At the Venice Film Festival, it won the top prize, the Golden Lion. At the Toronto International Film Festival, it was hailed by many critics as the best movie of the year and a leading Oscar contender. Next week, it will play the New York Film Festival.

Yet the only in-person feedback Zhao has received was at a drive-in screening in Los Angeles put on by the otherwise Telluride Film Festival. There, beneath ashen skies reddened by nearby forest fires, she took the stage, spaced 6 feet apart from her cast, while people enthusiastically honked their horns and flashed their headlights -- the nearest thing possible this year to a standing ovation.

“You could see the smoke from the fire in the headlights,” Zhao says. “It was like ‘Mad Max’ or something. It was a very fitting experience for the film.”

Fitting because “Nomandland” deals with solitude and community, grief and perseverance. In the film, which Searchlight Pictures will release Dec. 4, Frances McDormand stars as Fern, a 60-year-old widow living in her van. She takes to the road after her Nevada town’s very zip code is erased when the gypsum mine that employed most of its inhabitants closed.

Tired of the disappointments of more conventional and materialistic life, Fern meanders the American West while taking odd jobs (including a stint at an Amazon in South Dakota) and meeting fellow wanderers. The film comes from Jessica Bruder’s book “Nomadland: Surviving America in the 21st Century,” and many of the drifters encountered by Fern are the real people from Bruder’s pages or those Zhao met along the way. “Nomadland” is a portrait of modern-day independence on the American frontier.

“America is as diverse as its landscape,” Zhao said in an interview by Zoom. “One thing nice to see is just how much a conversation about how to poop in a bucket can bring together people from all walks of life. If you’re going to have a discussion about how a human being can use a bathroom in a van, none of that stuff matters.”

“There is a way for us to connect,” she continued. “Making the film gave me that hope. I know it’s tough these days, but I have that hope.”

Like Zhao’s previous films, “Nomadland” is naturalistic, rough-hewn and soulful. Her acclaimed 2018 breakout, “The Rider,” about a Lakota cowboy, was made with non-professional actors on the Pine Ridge Indian Reservation. “Nomadland” is a modest increase in scale for Zhao, introducing Hollywood stars into her Western neo-realism. But a much bigger leap is coming; she’s currently in post-production on “The Eternals,” a $200 million Marvel movie scheduled for release in February. Featuring the franchise’s first LGBTQ character, the cast includes Gemma Chan, Brian Tyree Henry, Kumail Nanjiani and Angelina Jolie.

Zhao, 38, has quickly covered a lot of ground. Born in Beijing, she attended boarding school in England, then college in Massachusetts and film school in New York before moving to Pine Ridge and later to California. The romance of the road in “Nomadland” is something she knows from experience.

“Every year or so I feel the urge to hit the road,” Zhao says. “There is something about taking a shower at 5:30 in the morning at a truck stop. You walk outside and you see the big trucks coming in and you see the sun rising over the mountains. I forget about all the problems. I forget about all the things that I think define who I am, and just feel that transience, people coming in and out and existing.”

During the filming, Zhao and McDormand often lived in their own vans. Zhao named hers Akira. Many of the nomads of “Nomadland” were able to drive to the drive-in premiere. The amount of honking, Zhao chuckles, made her worry for the around Pasadena’s Rose Bowl.

The response to “Nomadland” is owed in part to the excitement around Zhao as a filmmaker — a rise that could have historic reverberations in an unusual awards season. Just the fifth woman to direct a Golden Lion winner, she could become the first Asian woman nominated for best director at the Academy Awards.

But “Nomadland” has also resonated for how it speaks to the moment. The film, much of it shot at golden hour on high plains, is lyrically tender about mortality and making the most of life when you can. Taking a line spoken in the film by the itinerant evangelist Bob Wells, “Nomadland” is dedicated “to the ones who had to depart.”

To Zhao, that’s a tribute not just to the deceased but to anyone we’re separated from.

“One of the last things we filmed was Bob Wells’ final conversation with Fern. The way he articulated this lifestyle, that there’s no final goodbye, that I’ll see you down the road, that really stuck with me," says Zhao, whose own life as a filmmaker means assembling communities and then moving on. "We all had to walk away and compose ourselves.”

“It's speaking to: We're all connected,” she adds. “We’ll all see each other again someday.”

Former Japanese PM Abe visits controversial Tokyo shrine
Sep 19, 2020 5:32 AM
Comments
We welcome your feedback and encourage you to share your thoughts. We ask that you be respectful of others and their points of view, refrain from personal attacks and stay on topic. To learn about our commenting policies and how we moderate, please read our Community Guidelines.