Looking for a different approach for emotional healing?

For this week’s What’s Up Wednesday we spoke with Heather McIntyre, a health and life empowerment coach in Collingwood
0
Apr 17, 2019 11:00 AM By: Jessica Owen 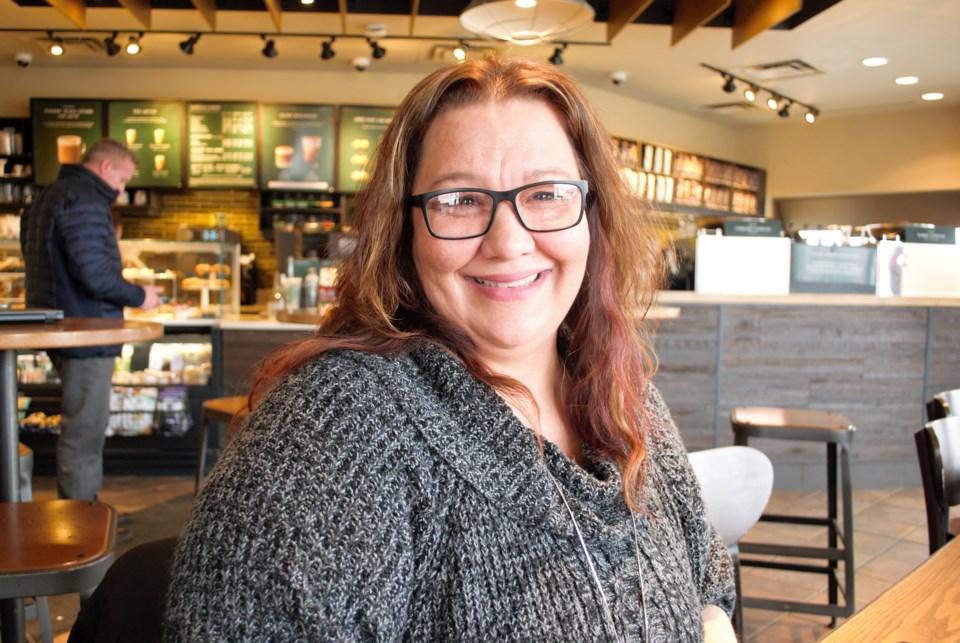 Old healing methods are meeting new technology through a local entrepreneur’s business making an expansion to the world wide web.

Heather McIntyre, of Collingwood, has run her business as a health and life empowerment coach and Aboriginal healing facilitator for the past nine months in the area, running empowerment groups as well as offering one-on-one life and empowerment coaching.

“I’ve always known, from a very young age, that I wanted to support people in that way, but I didn’t really know at what level, so I went back to school and got my health and life coach certification,” says McIntyre. “Everybody has a story. You can choose to live in your story, or you can choose to live because of your story and rise above it.”

McIntyre has lived in Collingwood for more than 30 years. She was born in Markdale and grew up in the Feversham area.

“This was where we always wanted to plant our roots,” says McIntyre. “From a very young age, I always had a connection here through the water and the environment.”

McIntyre’s background is in support, mental health and addictions. She has also worked with the disabled.

“My calling and my sole purpose is very much about what I’m doing now,” says McIntyre.

McIntyre says she went through a dark period in her life 12 years ago, when she was diagnosed with Post-Traumatic Stress Disorder (PTSD).

“I had debilitating panic attacks and anxiety,” she said. “It came at a time when, unless you were a police officer or a member of the military, PTSD didn’t happen to normal people.”

“My father had an addiction problem and he was not a nice man,” says McIntyre. “I ran here. That was my survival technique. Now, I know... it was not dealing with anything. I was not equipped (at that time) to deal with and handle those situations.”

“I got very sick, and I had this diagnosis. It was a gruelling battle for four years, but I dove deep,” she says, adding she has worked through her emotions and now functions normally with no medication.

Last year, after her sister’s sudden death, McIntyre says she felt her life was at a turning point.

“I was very afraid I would fall into past patterns, but I didn’t. I was able to move through the grief. It was another lesson in my toolbox,” she says.

“The perfect coach is the imperfect coach, because you’re real,” says McIntyre. “The role of a coach is not to fix anybody. The role is to... put up the mirror.”

A health and life empowerment coach helps to identify habits and ideas that may be holding a person back from achieving their potential.

“It helps to get you connected with your emotions. There are a variety of techniques we use to implement appropriate steps, identify boundaries, patterns and habits to help you flip the switch and change your direction,” says McIntyre.

New and full moon empowerment groups are run by McIntyre at different places across town, and are open to anyone who feels they might benefit from some group healing.

“I’m an Aboriginal woman. So sacred circles are something that I’ve been practising for many years. It’s in-line with the moon teachings (that say) we are all connected to cycles in life. Aboriginal people gain great strength from the moon cycle,” she says.

McIntyre says her business is growing with momentum, estimating she’s helped about 100 people during her nine months in business. While it started with coaching and empowerment groups, she’s taking the next step in expansion and has moved forward with online coaching as well.

In the next couple of weeks, she’ll be launching an online membership empowerment network, called The Chronicles of Momma Mac.

“There is always a reason to step forward. Sometimes, the courage to do that feels bigger than the support you might get, but it’s worth it,” says McIntyre. “Sometimes, you just need somebody to stand beside you and move with you.”

Thornbury recording studio a lifelong dream in the making for engineer
Feb 12, 2020 10:31 AM
Comments
We welcome your feedback and encourage you to share your thoughts. We ask that you be respectful of others and their points of view, refrain from personal attacks and stay on topic. To learn about our commenting policies and how we moderate, please read our Community Guidelines.