For this week’s edition of What’s Up Wednesday, we sat down with Omri Amar, owner of Collingwood Tattoo Company at 546 First Street
Sep 11, 2019 11:00 AM By: Jessica Owen 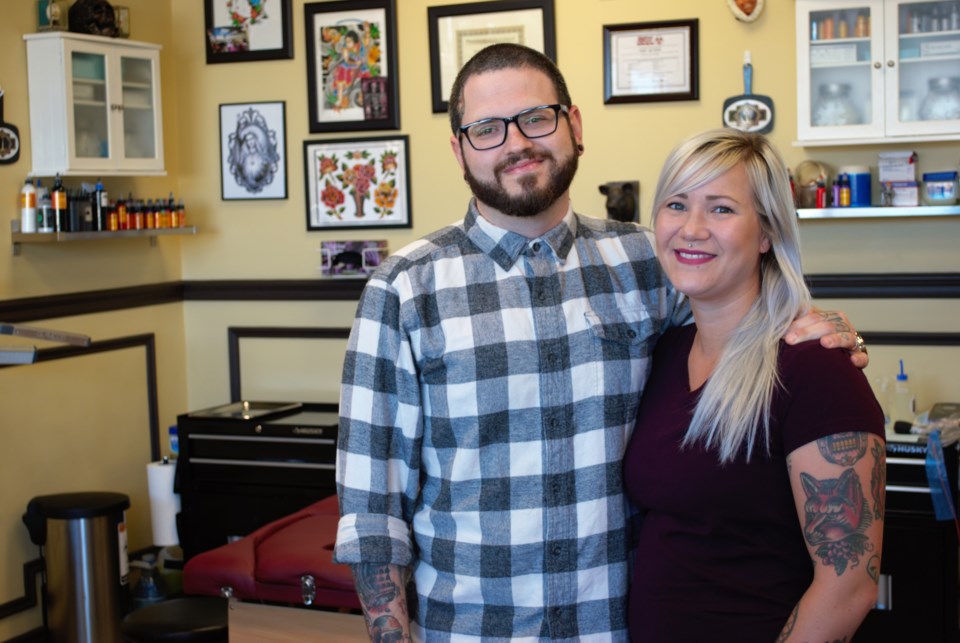 When Omri Amar decided to start his own tattooing business, he hoped to set himself apart from other places.

Collingwood Tattoo Company first opened their doors in May 2016 with two artists. Now, the business boasts six artists and a larger space with an office.

“There are a lot of great artists who came and went through Collingwood, but they would just come, stay a few months and then leave,” he said. “I felt like the people who live in this area needed a good, solid tattoo shop that’s going to be here.”

Amar is originally from Israel, and started working in tattoo shops when he was 14 years old.

“I just fell in love with it, the whole concept of it,” he said. “From the art to the travel and meeting new people... every aspect of it.”

He and his wife Kim moved to Collingwood in 2011. Although the Amars didn’t grow up in Collingwood, over time they’ve put down roots and now consider Collingwood their home.

“We got married here. We bought a house here. Our son was born here and goes to school here,” said Amar.

Amar has been tattooing for about 16 years, and said he has worked in about 20 different shops.

“After working in a lot of tattoo shops, I wanted to do it in a slightly different way,” he said.

Amar said the biggest difference between his shop and other shops is he focuses on tattooing only, whereas other shops also do piercing and retail.

“We don’t have any business other than art and tattoos,” he said.

Amar considers himself a versatile artist, not sticking to one specific style of tattooing.

“I wanted to learn a lot of different styles. My portfolio is vast and it touches everything,” said Amar, adding he tends to do a lot of Japanese-inspired pieces, large work, portraits, traditional in both black and white and colour realism.

Amar employs about six different artists who all have different styles.

“Everybody’s got their own thing,” he said. “It lets the artists focus on their strongest styles.”

Every year on Canada Day for the past four years, the shop runs a fundraiser for the Georgian Triangle Humane Society (GTHS) where the proceeds from their animal-themed tattoos will go toward the cause.

To date, Amar said the shop has raised about $14,000 for the animal shelter.

“A lot of times, (fundraisers) go toward societies where you don’t know where the money is going,” said Amar. “GTHS is completely about the animals, and we’re both big animal people.”

“This year, we had people come who drove all the way from Owen Sound at 4 in the morning to get in line for tattoos,” he added.

Looking forward, Amar said he doesn’t have big plans to expand, but would rather focus on quality.

“I don’t want to dilute anything,” said Amar, adding that instead of growing in size he’d rather focus on staff growing as artists and growing their name within the community.