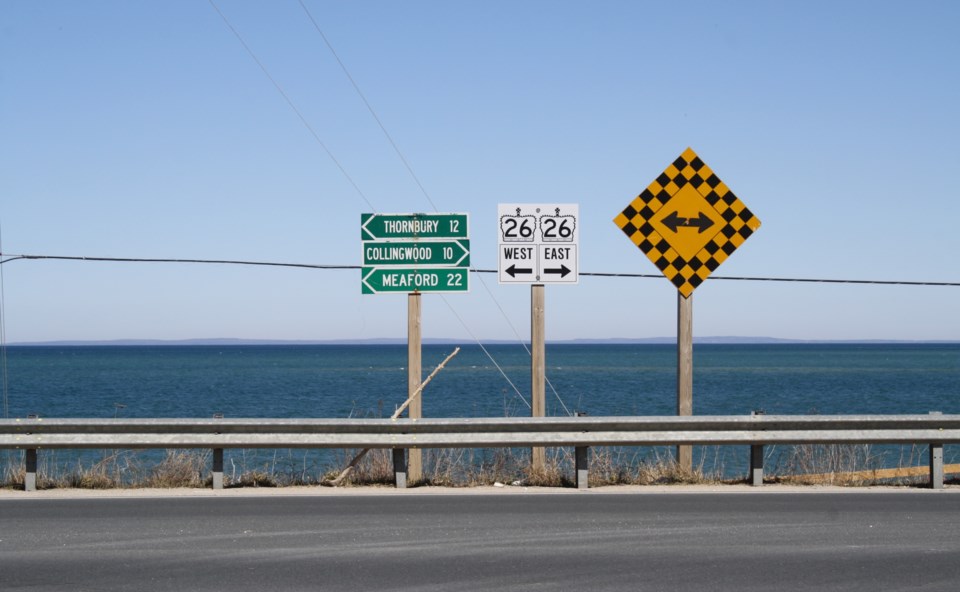 All of the correspondence from the public that has been sent to TBM in regards to Highway 26 and the speed limit has been forwarded on to MTO in an effort to help inform their decision. Jennifer Golletz/ CollingwoodToday

Conversations around the fate of the speed limit along Highway 26 will be continuing this week.

According to Shawn Carey, director of operation for the Town of the Blue Mountains (TBM), town staff will be meeting with the Ministry of Transportation (MTO) later this week and anticipate having an outcome on the summer plans for the speed limit along Highway 26.

“Following that meeting, we're going to be scheduling, or putting forward a staff report to the committee the whole to share some of that information,” Carey said during a council meeting held this afternoon.

Town staff have also asked that when the recommendations come before TBM council, MTO representatives provide either a delegation or other explanatory material.

“We've already requested for them to do either a delegation to provide an overview of the process and where they're landing in terms of speed limits along that section, or other material, if that's not an option for them,” Carey said.

This week’s meeting between TBM and MTO comes following a multi-stakeholder meeting that was held in early April, which included representatives from TBM, Collingwood, Grey County, the Ontario Provincial Police and the MTO.

Last summer MTO reduced the speed limit from 80 km/h to 50 km/h from Delphi Lane to Grey Road 21 from July 10 to Oct. 13. The speed limit adjustment drew both applause and criticism from the public.

And while the file currently sits with MTO, TBM continues to receive correspondence from the public. But, according to Carey, all of the correspondence sent to TBM in regards to Highway 26 has been forwarded on to MTO in an effort to help inform their decision.

“We have been forwarding the comments and concerns right back to when we made the initial change to 50,” he said. “MTO has been very collaborative and wants to get the input from the town staff and from the community members. They did appreciate having that and they are listening.”

Carey added that any residents looking to comment on the speed limit adjustment on Highway 26 are encouraged to send their comments to MTO directly.

No date has been provided for the forthcoming staff report, however according to Carey, the intent is to have a council-supported initiative implemented by summer 2021.