Skip to content
Sponsored Content
This Content is made possible by our Sponsor; it is not written by and does not necessarily reflect the views of the editorial staff.

Spotlight: CGMH Foundation Gala set to celebrate supporters and medical innovation with a trip under the sea

Join An Evening to Celebrate and Discover on June 2 with the Collingwood General & Marine Hospital Foundation and special guest Dr. Joe MacInnis 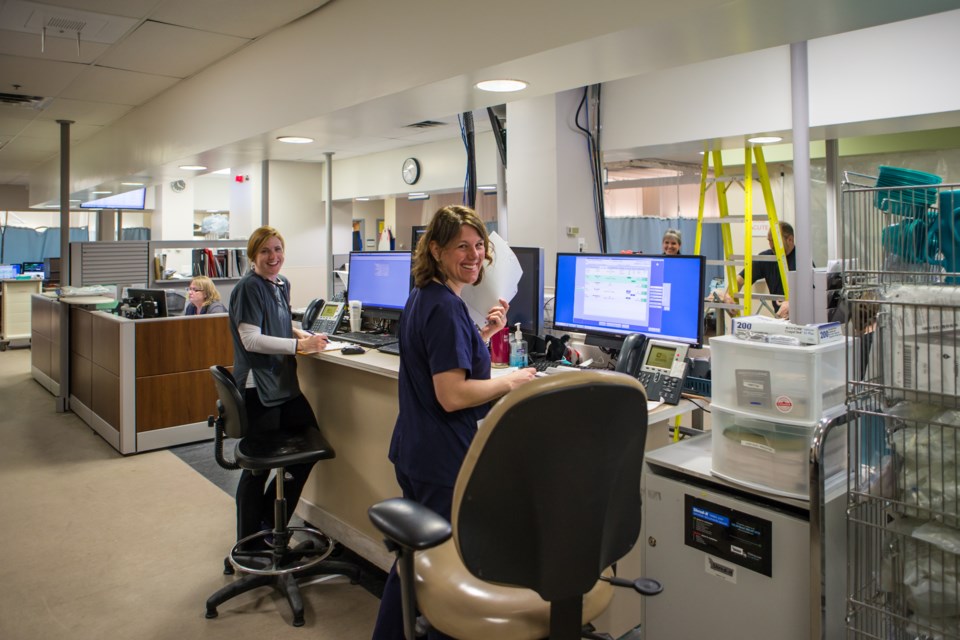 When you set out to reach an achievement that’s first of its kind, dreaming is an essential leading step. Achieving a first means there are no proven roadmaps to success, just a goal, a plan and a team of committed believers that share a common vision.

In 2018 Collingwood General & Marine Hospital’s (CGMH) team set out with a dream to break a new barrier in medical innovation. The goal? To become the first hospital in North America to offer in-patients the safest possible environment by preventing the spread of Hospital Acquired Infections (HAI) through new, integrated hospital room technology. The success of CGMH’s goal relied on community engagement and the generosity of donors contributing toward a $1 million campaign launched by the Collingwood General & Marine Hospital Foundation.

Over the past year and a half, the CGMH Foundation exceeded its fundraising goals which allowed the hospital to expand the campaign by an additional $200,000 to become the first medical centre in North America to offer inpatient self-sterilizing rooms. In addition to renovating all 58 inpatient rooms with state of the art infection prevention technology in patient and public washrooms, the additional hospital upgrade includes five re-imagined private rooms equipped with cutting-edge micro-organism destroying UV light and copper infused surfaces to kill bacteria while preventing the spread of infections.

The eyes of the international medical community are on CGMH as it also became a demonstrator site for advancements in medical innovation to create the cleanest environments for patient treatment and recuperation.

This is a huge achievement and point of pride for Collingwood and its community members. And it wouldn’t have been possible without the help of countless local Hospital Foundation supporters.

CGMH says thank you with an unforgettable evening of discovery

To say thank you, The Collingwood General &amp; Marine Hospital Foundation is hosting An Evening to Celebrate and Discover on June 2, 2019, from 5:00 p.m. to 9:00 p.m. at the scenic Blue Mountain Resort. The occasion has been generously supported by co-title sponsors, Mike Jackson GM and Crozier & Associates Consulting Engineers.

This unique gala event recognizes the selflessness of donors who have been instrumental in reaching the Hospital Foundation’s $1 million fundraising goal, and celebrates Collingwood as an innovation-driven community that offers its patients firsts in the field of medicine that also include CGMH’s Shared Care Initiative; a collaborative palliative care approach that sees patients receiving seamless, timely and compassionate care throughout their illness.

“This dinner is meant to be a thank you to the donors who have been critical in meeting our $1 million fundraising goal,” says Jory Pritchard-Kerr, Executive Director, Collingwood General & Marine Hospital Foundation. “And to update our community on how their donations have been put to work at CGMH over the past year. We will also be introducing some future initiatives we have to look forward to in the upcoming year.”

An Evening to Celebrate and Discover has already generated excitement with 24 tables spoken for and tickets continue to sell fast.

A keynote speaker you won’t want to miss

In a sea of firsts of his own, it’s fitting that renowned marine physician and explorer, Dr. Joe MacInnis attend the 2019 CGMH Foundation Gala as the keynote presenter.

Dr. MacInnis has led teams that performed the first scientific dives at the North Pole, created the first polar undersea station and discovered the northernmost shipwreck, the HMS Breadalbane, which sank in the Northwest Passage in 1853. MacInnis was also one of the first people to dive to the Titanic and worked as a physician on James Cameron’s Deepsea Challenge expedition, reaching the deepest point on Earth in the Mariana Trench.

Through Dr. MacInnis’ incredible stories and visuals, you will take a journey to underwater worlds that were once thought only reachable through the imagination. Guests will experience first-hand accounts of fear and triumph, along with enlightening tales of overcoming challenges that will have listeners captivated and rethinking what’s possible.

Help Collingwood General & Marine Hospital continue to become the leader in innovative patient care by enjoying a night out at An Evening to Celebrate and Discover in support of the CGMH Foundation. Your commitment allows CGMH to impact the lives of patients of today, and those of tomorrow.

Purchase your tickets today at www.cgmhf.com/events.

This Content is made possible by our Sponsor; it is not written by and does not necessarily reflect the views of the editorial staff.

Raglan Village once again setting the bar in retirement living
Sep 4, 2020 9:30 AM
Comments
We welcome your feedback and encourage you to share your thoughts. We ask that you be respectful of others and their points of view, refrain from personal attacks and stay on topic. To learn about our commenting policies and how we moderate, please read our Community Guidelines.