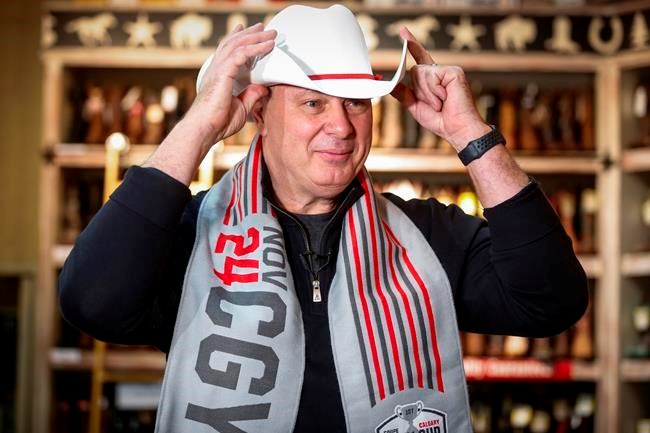 Ambrosie addressed the status of the April 30 draft during a question-and-answer video conference Friday with CFL fans. Ambrosie re-iterated the league continues to discuss all potential contingency plans due to the COVID-19 pandemic.

That includes both the start of training camps (slated for May 17) and the 2020 regular season (June 11). Ambrosie said no firm decisions have been made and the league hasn't set a date regarding when those resolutions must be reached.

Earlier this year, the CFL postponed its global draft, which had been scheduled for April 16. A global combine and global draft will now be held just before camps open.

"Right now our plan is go do April 30," Ambrosie said. "There are so many things that are changing right in front of us and we will be prepared to adjust if necessary.

"What I want CFL fans to know is the entire league . . . we're all working together at doing a whole range of scenario planning. We haven't set an absolute date for when we'd have to make decisions . . . we want to keep our options open and play football as soon as we can, but only when it's safe for our players and safe to bring our fans into stadiums."

Ambrosie was also asked if the CFL would consider holding its playoff games on Saturday instead of Sunday and ponder an earlier Grey Cup kickoff to accommodate younger viewers.

"There was a feeling that (changing playoff format) would really create that Football Saturday (and) give people that chance to settle in and watch great CFL playoff football," he said. "The idea of the start time for the (Grey Cup) came up . . . and I don't disagree.

"I want kids to enjoy the Grey Cup, I want them to be part of the Grey Cup experience. So let me assure all of our fans we keep thinking about these things and try to find a way to get as many people as engaged in Grey Cup as we possibly can."

Another fan questioned Ambrosie if a CFL video game would be produced. Ambrosie said the idea was to be discussed at meetings next month that were subsequently cancelled due to the novel coronavirus.

However, Ambrose said it's something that remains on the CFL's radar.

"This is something that is top of mind,"  he said. "And one of the things we think that could be a real interesting solution is to have the CFL combined with all of our partners build one together.

"It's a work in progress but is something we're definitely working on."

Ambrosie concluded the session by asking fans to abide by the COVID-19 protocols established by health-care professionals and remain safe.

This report by The Canadian Press was first published March 27, 2020.