After input is received from the BIA board, the town will prepare the final operating agreement, to be presented to council in July
May 8, 2021 11:30 AM By: Jessica Owen 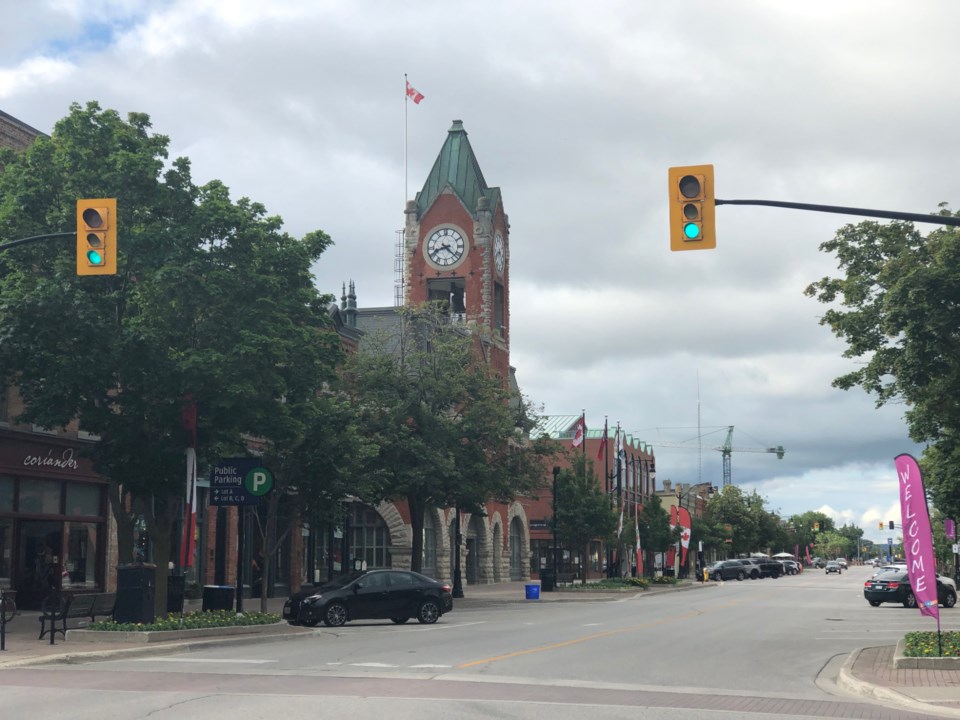 For the first time ever, the Town of Collingwood and the Downtown Business Improvement Area (BIA) are preparing to make things official and sign on the dotted line.

During Thursday night’s corporate and community services standing committee meeting, councillors got a first look at a new draft operations agreement between the town and the BIA which would clearly define responsibilities and be legally binding.

“It’s something we’ve been working on for quite some time with town staff,” said Sue Nicholson, general manager of the Collingwood Downtown BIA. “It’s been a lengthy process. We have a wonderful working relationship with all town departments, but as people and positions change, it’s good to have it all in writing so that we know who does what.”

Prior to now, there hadn’t been an official operating agreement or memorandum of understanding (MOU) between the town and the BIA. While Nicholson says roles have always been generally understood, having a clear, legal agreement will make operations easier for all parties moving forward.

While the Ontario Business Improvement Area Association has identified MOUs as a best practice for municipalities and their BIAs, the town is recommending an operating agreement instead.

The main difference between the two is an operating agreement is legally binding, whereas an MOU is not.

“Both (town clerk) Sara (Almas) and myself have done research with other BIAs throughout the province. A lot of them have memorandums. This is the first time an operating agreement has been suggested. I like that,” said Nicholson. “It really solidifies the responsibilities.”

The Collingwood Downtown BIA was established in 1977, with boundary expansions in 2004 and 2015.

The BIA is managed by a board of management, which is appointed by town council. Currently, there are eight members on the board elected by the BIA membership, and one public appointee, Deputy Mayor Keith Hull.

According to the staff report presented to the committee on Thursday, while Collingwood only has one BIA now, municipalities are not necessarily limited to one BIA. It is recommended the municipality establish a clear expectation of services and supports to ensure consistency should other business communities in town wish to consider establishing as a BIA in the future.

“The BIA has been asking for it and I never understood what stood in their way,” he said.

Mayor Brian Saunderson asked what the costs might be to prepare the agreement.

“It wouldn’t be significant because staff would be doing the legwork behind it,” said Almas.

Both Nicholson and Almas said the proposed operating agreement will be on the next BIA board meeting agenda next week to gain board input, after which time the town and the BIA will work together to finalize the agreement. The agreement would be up for final approval in July.