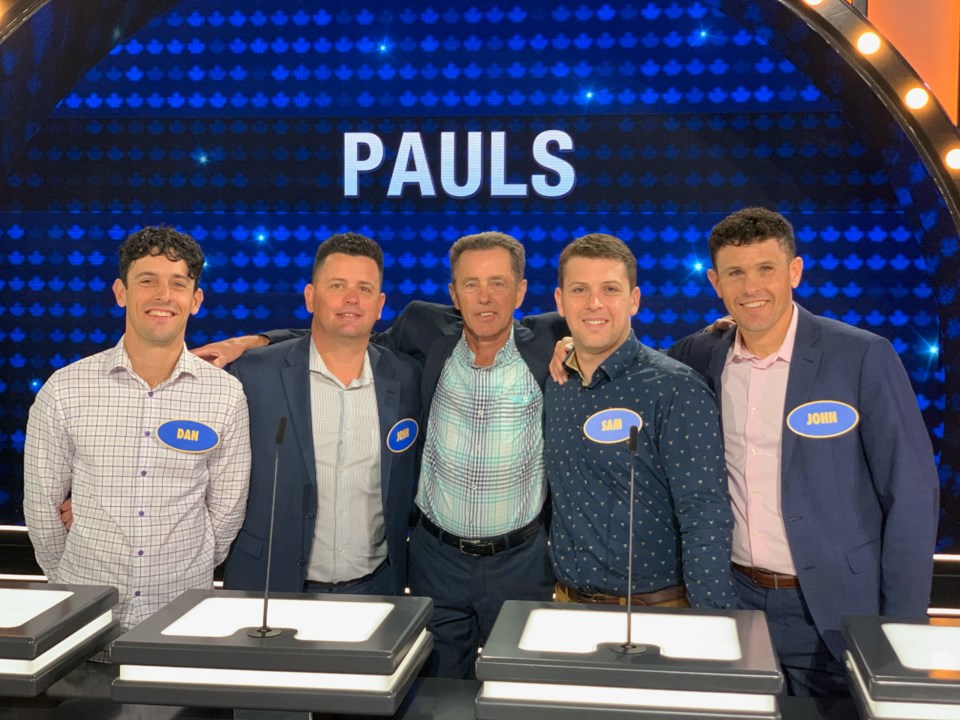 Could you name a planet bigger than Earth?

Unfortunately, Samuel Pauls’ brothers couldn’t, and it caused them to lose out on some money.

Pauls lives in Collingwood and is a Simcoe County paramedic. His father Gord joined him and his three brothers Dan, Josh and John to recently compete on Family Feud Canada. The family spent three days in Toronto in October playing the Canadian version of the popular game show.

“We had some really bad answers,” said Pauls, with a laugh, in an interview with CollingwoodToday.ca. “One of the questions was, name a planet bigger than Earth. My first brother said the sun. The second one said the moon. It cost us $10,000.”

Pauls was inspired to apply for his family to be on the show last summer.

“I had my mom do a little video with me, and we got an audition,” said Pauls, adding that the audition process took a long time. “We got accepted.”

The process hit a snag when Pauls’ mother was told by producers she couldn’t participate. Pauls’ mother is a city councillor in Hamilton, and no politicians are allowed on the show. Luckily Pauls’ brothers all stepped up to fill the gap.

The episodes were filmed in October. The family made the trek to Toronto and stayed in hotels while they won their first two games, but lost the third.

“The best part was not losing that first game. We could have been eliminated quickly and not had the whole experience,” he said.

While the family didn’t win the $10,000 grand prize, they didn’t walk away empty-handed either.

“We won like a few thousand dollars. Split between us, it was about $600 each,” said Pauls. “I personally put it toward a hot tub. It’s coming next week. I was hoping to win the full prize to pay for the whole thing, but that’s alright.”

Looking back on the experience, Pauls said it was incredibly positive.

“It was really fun. We left it on such a high. It was so energetic,” said Pauls. “We had fun with it. I’d go back for more.”

The episodes can be viewed on CBC Gem.