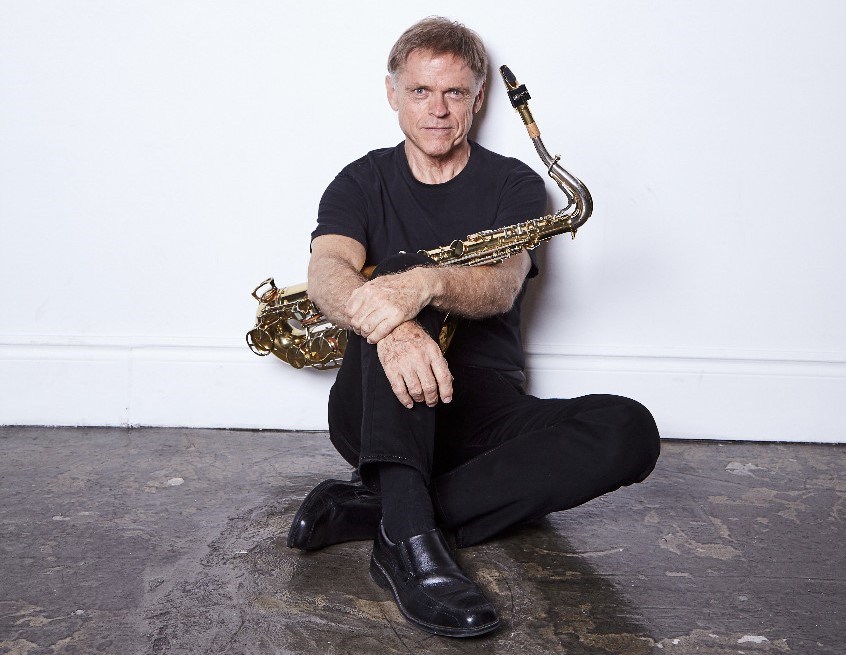 While he left Collingwood long ago in search of a musical calling, now a legacy man is returning to enjoy the rural life while still staying true to his harmonious nature.

For this week’s edition of People of Collingwood we sat down with John MacMurchy, 62, musician, who has recently moved back to Collingwood after a 40-year absence.

A: My family’s been here for six generations.

I grew up on Fair Street. Later on, we moved to Park Road which, at the time, was a new subdivision in the west edge of town. It’s no longer the western end. (laughs)

Q: When did you decide to leave Collingwood, and why?

A: I left in 1978 to go to Humber College for their music program. I decided quite early on that I was going to be a musician. In order to perform at that level, I knew I had to be in Toronto.

It’s known as a Jazz program but what I had hoped for, was to become a session musician.

I planned to make a career doing recording sessions. At the time, there was all sorts of that work. There was the CBC, and jingles.

It was quite a busy time.

Q: Have you worked with anyone really famous?

A: Well, certainly people much older than you.

Q: Is there something about Jazz that appeals to you specifically?

A session player is sort of a jack of all trades. I’m equally well-versed in classical music.

Jazz was a passion, but it was never a way I thought I’d make a living.

It’s the freedom of it and the intense communication.

Q: You’ve made a successful 40-year career in music. What made you decide to make the move back to Collingwood now? Are you retiring?

COVID has sort of forced us all into temporary retirement.

I’m working up here with a local singer named Sheri Weldon. We did a gig at a private party this past weekend and it’s the second gig I’ve had since March 12. Nobody’s been working. It’s only just starting up again.

I’m teaching online. I plan on doing a lot more teaching up here. But I’m still connected in Toronto.

Part of the reason for moving up here is it takes maybe an hour and a half to drive to Toronto from here. It was taking me an hour and 15 minutes to just drive across the city.

If you want to perform at that level for a long time, you do have to be in the city, and I was always at odds with the place. I never liked it.

My dream for the last 40 years had been to walk out my front door and not step onto pavement.

Q: What was the allure of Collingwood for you?

A: Well, the nostalgia won’t get me very far because it’s changed so dramatically in some respects. A lot of the people I knew have moved away.

I’m living up on the escarpment, and there’s this whole swath of the escarpment that was, at one time, known as the MacMurchy Settlement. So, I certainly have roots here.

But it’s just such a beautiful place to live.

I used to joke that the big problem with Toronto is the lake is on the wrong side. I’m not supposed to have to look south over the water. (laughs)

It’s the quiet. Where I am now, it gets dark at night. For 26 years I lived with a street light outside my bedroom window. I had to wear a mask to go to sleep.

I’d like to do a lot more teaching. Perform at private parties, functions, weddings. I have a trio and we’ve been doing that for years. There’s a lot of opportunities for that.

I also plan to do a lot more composing up here. Over the past 20 years, I’ve put out five albums of original compositions.

With the peace and quiet up here, I plan to write some more ‘serious’ music.

I’m interested in writing a symphony. It’s difficult to do with the constant drone of the city.

COVID-19: Office furniture shortages loom as Canadians stay home this fall
Sep 18, 2020 8:55 PM
Comments
We welcome your feedback and encourage you to share your thoughts. We ask that you be respectful of others and their points of view, refrain from personal attacks and stay on topic. To learn about our commenting policies and how we moderate, please read our Community Guidelines.