Local tech company CEOs and project leads will be delivering a Coles Notes version of a Ted Talk at the upcoming 5X5 Loud and Clear event.
Mar 28, 2019 12:44 PM By: Erika Engel 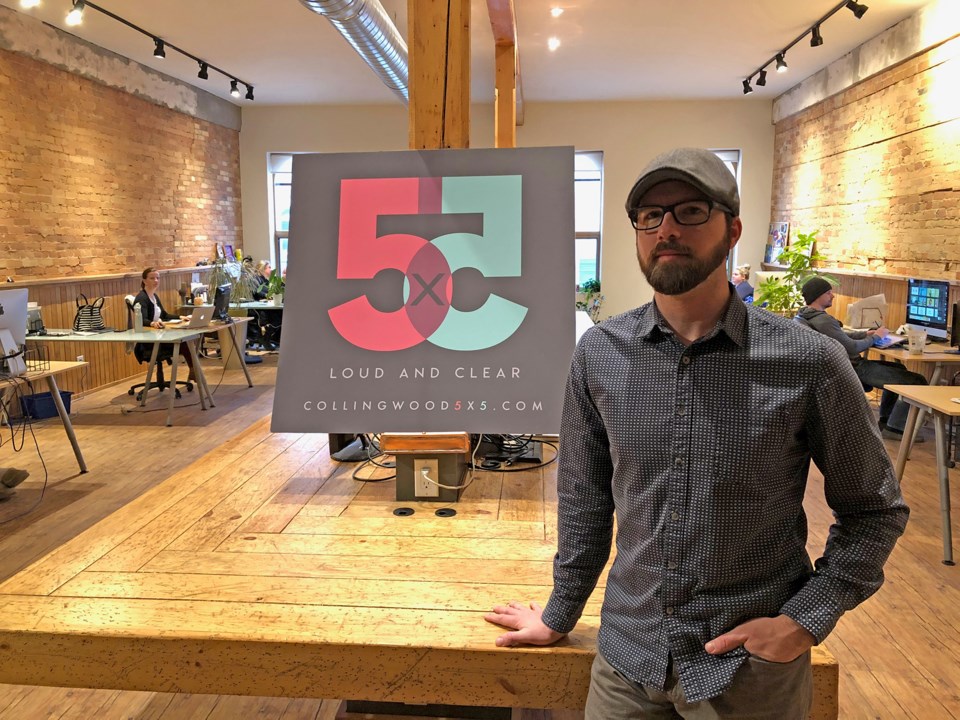 Brandon Houston is one of the creators of the upcoming 5X5 Loud and Clear event taking place tomorrow at the Simcoe Street Theatre. Erika Engel/CollingwoodToday

Collingwood’s technology sector is gathering tomorrow for an experiment in fives.

Five presenters will deliver five-minute talks with five slides and five minutes of question and answer to follow in a new event organizers are hoping will catch on.

The upcoming 5X5 Loud and Clear event is being planned by Brandon Houston, CEO of Switch Video and Collingwood’s Creative Space, Chad Ballantyne of Barrie Creative Space, and Martin Rydlo, director of marketing and business development for the town of Collingwood.

“We wanted to showcase local tech companies,” said Houston. “It’s quite impressive what some of them are working on. And this event will potentially pull in investment, employees, and collaborators.”

Nicholas Keast will also be one of the featured speakers. He is a project manager for Greenland, which is an engineering and technology company with a specialization in water resources, monitoring and low impact development.

Finally, John Gillham, CEO of Adbank, will be talking about his company’s work with advertising and blockchain technology.

Houston works with several tech companies in his capacity with both Switch Video and Collingwood’s Creative Space. He moved to Collingwood five years ago, acquiring Switch Video in 2015.

“I was surprised to see the types of things people are doing here,” said Houston.

He credits the lifestyle for attracting tech business owners to the area, and also notes Collingwood is among the province’s top connected communities with Internet speeds conducive to a tech company’s needs.

The 5X5 event begins at 3 p.m. at the Simcoe Street Theatre on March 29. There are a few tickets still available for sale online at $15 each. An after-party event at Gibson and Co will follow the event at 5 p.m.