Kevin Morgan's aunt believes he was bending over, possibly to adjust the dog’s collar, when he was struck
Feb 22, 2021 6:00 PM By: Cheryl Browne, Local Journalism Initiative 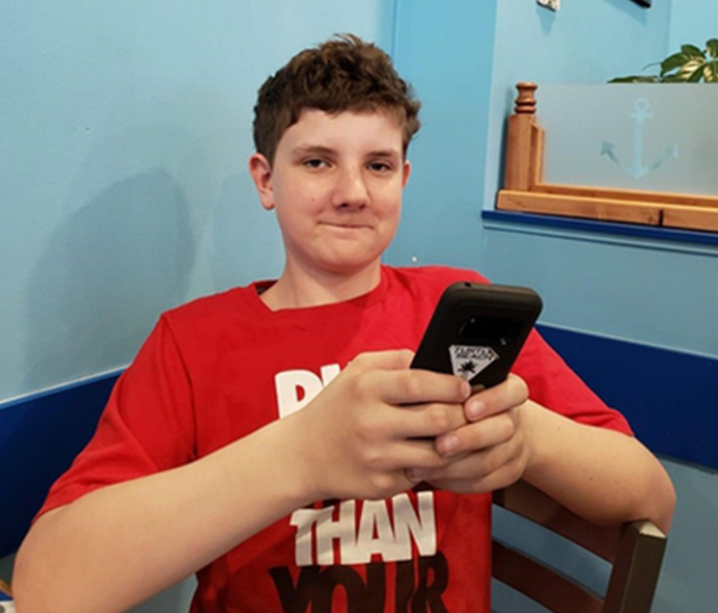 A young boy is dead and his family in shock after he was struck by a freight train shortly before 9:30 a.m. Sunday in Springwater Township.

The family of 13-year-old Kevin Morgan is struggling to come to terms with the teenager’s death, which occurred when he was walking the family dog, Eva, along the Canadian Pacific Railway north of Highway 90.

“It’s been a really hard few days,” said the boy’s aunt, Karen Ferguson, from Oshawa. "He was just a kind, loving kid. The kind of boy who’d give you a note if you weren’t feeling well. He was always helping his grandmother. Just a nice kid.”

From the OPP investigation to date, Ferguson said she believes Kevin was walking along or near the train tracks north of Baldwick Lane when he bent over, possibly to adjust the dog’s collar. Ferguson said police believe the boy was struck in the head and neck area.

The dog ran home without a leash and collar, she said. Her sister, Kevin's mother, was rushing out the door to find her son when emergency responders arrived.

“Thirteen-year-olds don’t have the wherewithal to know if you’re not on the tracks — even if you’re 10 feet away — it’s still not safe,” Ferguson said.

Kevin, a Grade 8 student at Portage View Public School in Barrie, will be remembered by his siblings Camlyn, Gabriella, Michael and Olivia. Funeral arrangements will be announced in the coming days.

Donations to help support the family can be made to the GoFundMe account by clicking here.