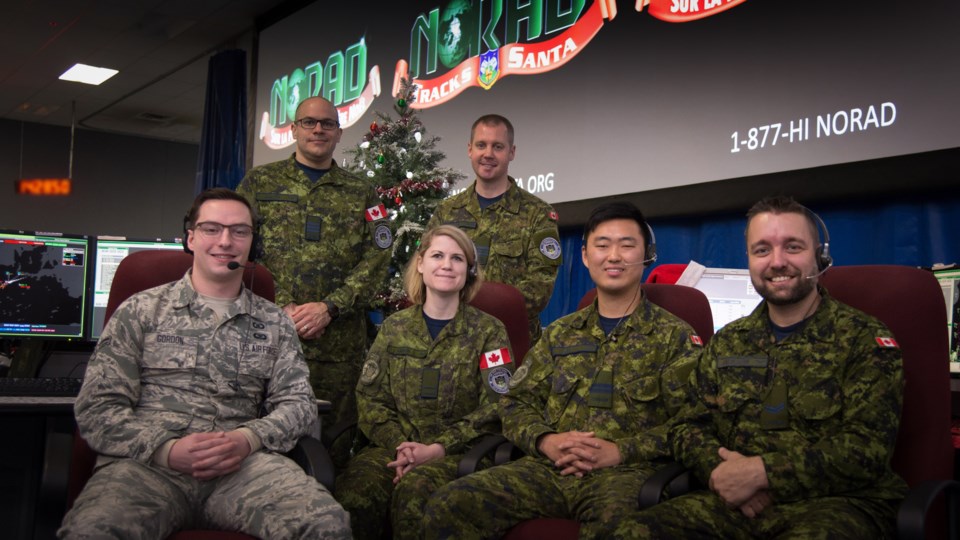 NORTH BAY - Members of NORAD's Alpha Flight 21 squadron have been preparing for a vital mission this evening.

This crew has been training since early December for arguably the most important mission of the year.  That's tracking Santa Claus when he enters Canadian Airspace on Christmas Eve.

"You only imagine as a kid being involved in Santa’s flight right across the country."

At the NORAD complex at CFB North Bay, technicians like those with Alpha Flight 21 watch over Canada's airspace 24 hours a day, 365 days a year.

Walter says the mission is a challenging one because before December 24th, there is no contact made between Santa and the military.

"Based on historical data, he does not file a flight plan so we will have an unknown track that appears with no flight plan associated and we will have to go out and intercept that track," Major Walter explained.

"That is part of our procedures. Again, we do not know which route he is going to fly but we send CF-18 fighter jets to do a visual identification of him and ensure that everything is safe and then the jets escort him across half of the country and then hand him off to fighters from Cold Lake, Alberta."

While working on Christmas Eve keeps technicians away from family and friends, it is still a mission they look forward to.

Children and their families can track Santa's journey:

Barrie family's 'best surprise,' Ruby picked as Down syndrome ambassador
Feb 28, 2020 7:00 PM
Comments
We welcome your feedback and encourage you to share your thoughts on this story. We ask that you be respectful of others and their points of view, refrain from personal attacks and stay on topic. To learn about our commenting policies and how we moderate, please read our Community Guidelines.

About the Author: Chris Dawson

Chris Dawson has been with BayToday.ca since 2004. He has provided up-to-the-minute sports coverage and has become a key member of the BayToday news team.
Read more