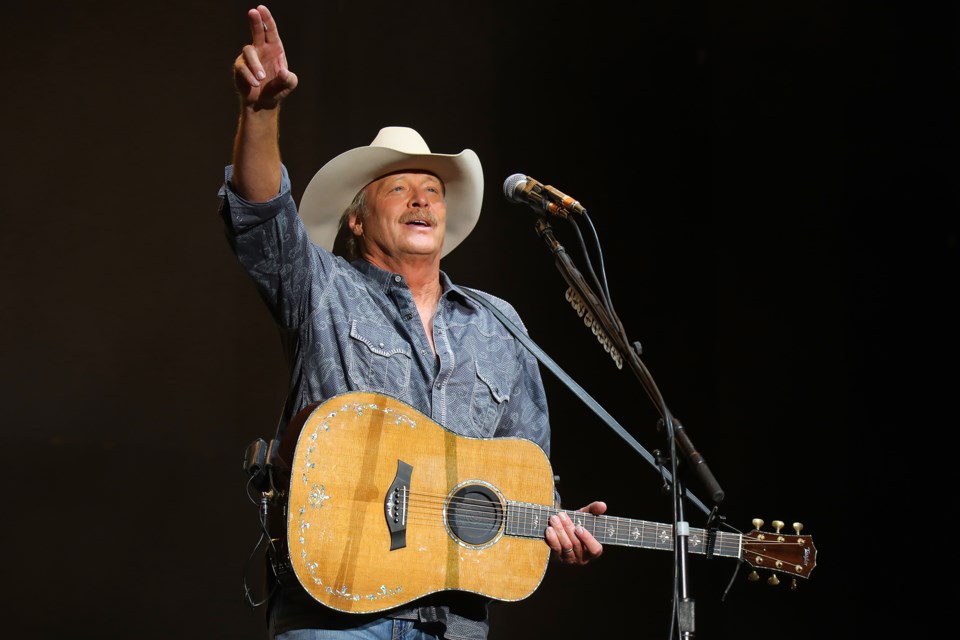 The popularity of Alan Jackson at the Boots and Hearts Music Festival in 2018 has led organizers to create a new festival that will feature country legends. The Big Sky Music Festival is set for July 20 at Burl's Creek in Oro-Medonte. Kevin Lamb/Village Media

The company behind the Boots and Hearts Music Festival has announced the Big Sky Music Festival will take place July 20 at Burl’s Creek Event Grounds in Oro-Medonte.

Alabama, Diamond Rio, and Travis Tritt have been confirmed. While they are still enjoying success today, they were at peak popularity in the 1990s.

The idea to host a different kind of country music festival came about following the success of 2018 Boots and Hearts headliner Alan Jackson, who also enjoyed massive success in the ’90s.

“We had quite a few new people to Boots and Hearts last year because of Alan Jackson,” Lisa Zechmeister, director of booking and development, said of the festival that typically caters to a younger crowd of country fans.

More artist announcements will be made in the lead-up to the festival, but organizers wanted a few well-known acts to anchor the event.

“Alabama does great business in Canada. They were an obvious choice for us,” Zechmeister said. “They’re kind of the quintessential traditional genre. When they started out, they were just rebel enough for the younger people … and the parents really liked the harmonies.”

She described the three acts announced so far as “timeless.”

“All of these guys have a ton of radio hits, lots of appeal.”

In typical Burl’s Creek fashion, there will be more than music at the Big Sky Music Festival. An arts and crafts market will be set up and there will be a classic car show featuring 80 to 100 vehicles.

While the live music will only happen July 20, attendees are invited to camp on site July 19 or 20, or both nights. There will be a pig roast for campers.

Tickets will go on sale Feb. 1 at 10 a.m. For ticket information, including prices, click here.

The goal is to turn the Big Sky Music Festival into an annual affair.

“We hope it will grow to the size of Boots and Hearts,” Zechmeister said of the festival that attracted about 40,000 people last year.

About the Author: Nathan Taylor

Nathan Taylor is an experienced multimedia journalist and editor who covers Orillia and other parts of Simcoe County.
Read more