The bylaw proposed is a lesson learned when another fire department didn't receive funds from an insurance payout because they went to the policy owner instead
Mar 31, 2021 1:36 PM By: Erika Engel 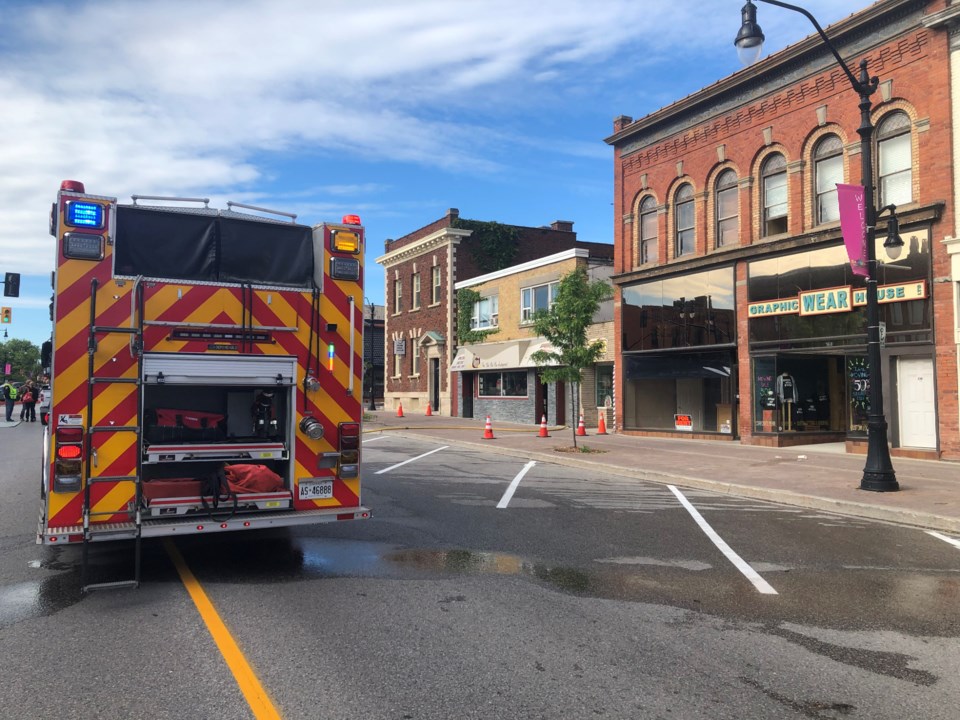 The dollar loss due to fire damage is estimated over $1 million after a fire broke out at the Red Hen restaurant on June 25, 2020. Erika Engel/CollingwoodToday

Collingwood’s fire chief is proposing a new town bylaw that will ensure the fire department can collect its share of an insurance claim to recover the costs of fighting a fire.

The local fire department has been recovering costs through insurance claims since at least 2017 when the town changed a fees and services bylaw to permit recovery of services from insurance companies.

At that time, the department hired Fire Marque to handle claims.

“It’s so time-consuming and cost-inefficient for us to have a staff member do it,” said Fire Chief Ross Parr.

Currently, administration staff at the fire hall forward the necessary documents to Fire Marque, and the company files on behalf of the department for a fee.

Parr said the department has collected $55,829 through the program so far, including more than $45,000 from multiple claims related to the fire at Red Hen, which affected apartment units as well.

He said most insurance policies include an amount for fire department cost recovery.

However, an anecdote from another Ontario fire department prompted the chief – on the advice of Fire Marque – to request the new bylaw.

The experience that prompted the change involved a case where an insurance company paid the fire department cost recovery fee directly to the policy holder who then refused to forward the payment to the relevant municipality.

Though the matter went to court, a judge ruled in favour of the insurance company and policy holder because no municipal bylaw ordering the policy holder to pay the fees to the municipal fire department.

The proposed bylaw would require the insurance policy for fire department response fees to be paid to the municipality either by the insurance company or by the owner. If it is not paid, the town would add the amount to the property owner’s tax bill.

The Corporate and Community Services Standing Committee supported the proposed bylaw, which will go before council on April 19. You can read it here.