The annual in-person performance is going for a bigger audience and fundraising goal than ever
Dec 16, 2020 12:24 PM By: Erika Engel 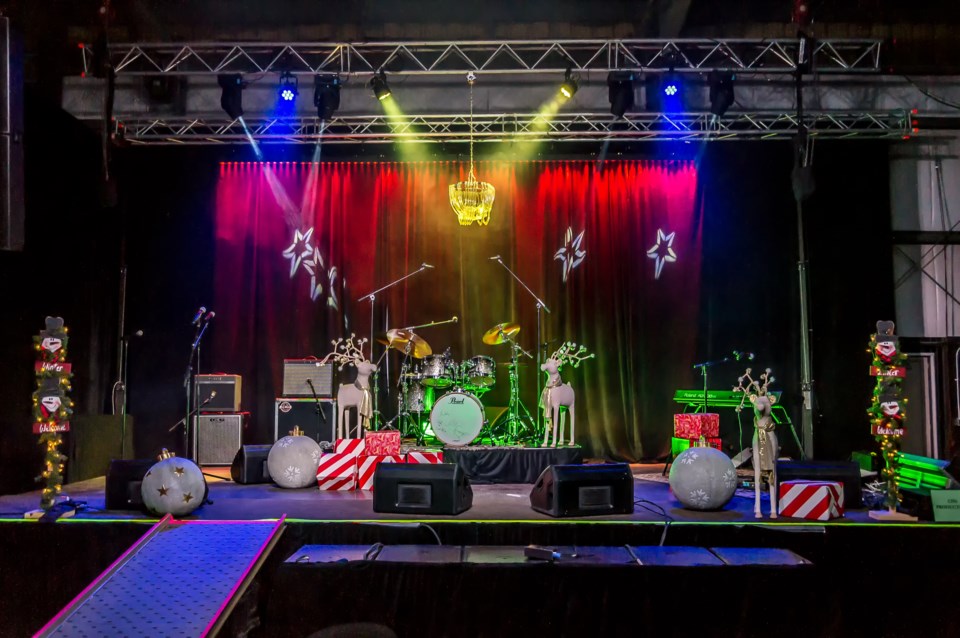 This Collingwood sound stage is set up for Musicians Christmas 2020. Photo by Nick Harding.

From the bar stage at Molly Blooms to a sound stage for a Christmas special, for Musician’s Christmas, the show must go on.

This year in keeping with the 2020 theme, the 11th version of the annual event is virtual.

Paul Young, who created the event as a celebration of his son’s 19th birthday, said there’s both upsides and downsides to moving the event online.

Since many musicians have a packed schedule during a non-pandemic year’s holiday season, this year’s cancellations have meant a talent-packed lineup for Musician’s Christmas.

“It’s local musicians, but a world-class production,” said Young. “We have a lineup we’re quite excited with.”

The event typically sells out each year, but the digital format is being offered free to an unlimited number of people.

“This year people get to have it right in their homes for free, and that’s exciting for me because this is a really rough time,” said Young.

The event has also already received unprecedented support from production companies in the area. Young said the event would have cost nearly $60,000 to produce, but has cost “an absolute fraction” of that because of in-kind and cash donations toward the event.

Since the groundwork has been laid for streaming the event, it's something Young hopes will continue in future years, allowing more people to enjoy the music.

Musician’s Christmas has always been a fundraising event, and this year will support the Collingwood General and Marine Hospital foundation.

Though the streamed version of the event is free to watch, viewers are being asked to donate to the foundation via musicianschristmas.com.

The fundraising goal this year is $10,000, which is more than double the $4,000 raised at last year’s event held at the Collingwood Legion.