Learning is life-long thanks to Collingwood's curated lecture series 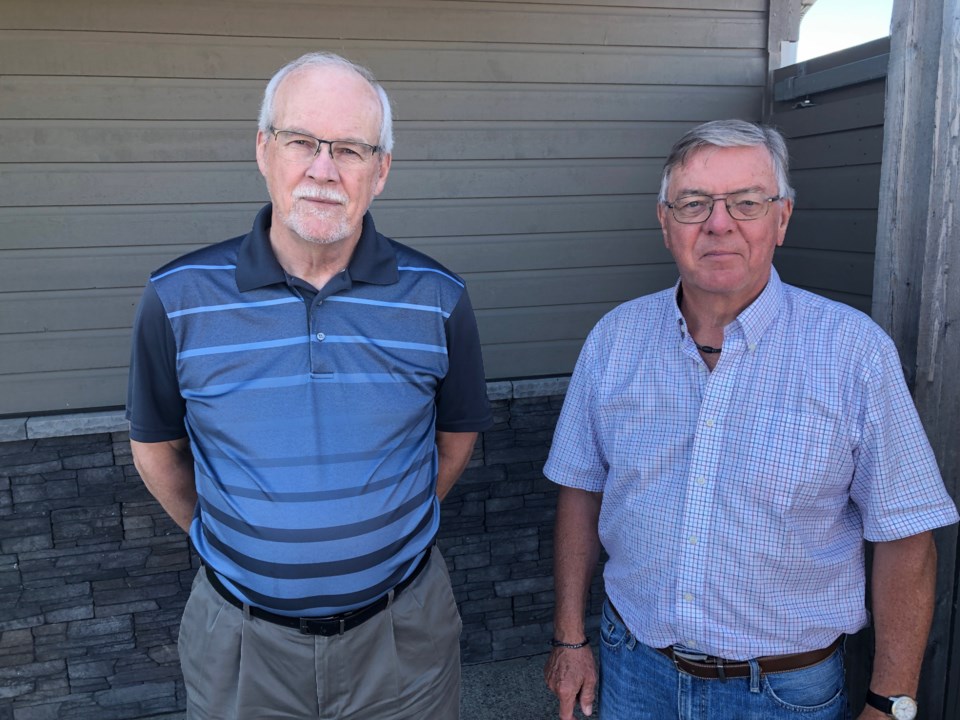 It’s not just kids going back to school this week.

This Friday, hundreds of retirees from Collingwood and the area will also be sitting down for an informative lecture - an exercise in lifelong learning.

The Georgian Triangle Life Long Learning Institute (GTLLI) begins its 2019/2020 lecture season with the perspectives series this Friday, featuring topics such as the life of a concert pianist, advice on a winning mindset from a Toronto Maple Leafs coach, the Arctic, and Canada’s innovation economy.

David Green and Michael Quinn, both members and volunteers with the GTLLI are looking forward to another season.

“They’re interesting,” said Green of the lectures. He’s been catching GTLLI speakers for the last eight years. “They’re fascinating and in areas I wouldn’t particularly dive into.”

Green is the chairperson for the GTLLI board of directors.

The non-profit was founded in 1995 when 39 couples and individuals each contributed $50 to start a local, life-long learning lecture series.

“They had been going to the city for lectures [York University’s Glendon College] for seniors, and they said, ‘let’s do something here,’ and the rest is history,” said Green.

The GTLLI now includes 1,100 members and each lecture series - whether it’s on poetry, religion, or quantum mechanics - sells out soon after tickets go on sale.

“It’s validated truth,” said Quinn. “It’s information you can trust to be valid, and you’re getting different perspectives.”

In January this year, the GTLLI presents six weekly lectures on water issues in Ontario. The Spring course (March - May) is on Canada’s foreign policy from Pierre to Justin Trudeau.

In 2018, a lecture series entitled Religion, Peace, and Conflict in the 21st Century included talks on the Pope, being Muslim today, Canadian Jihadis, women and the world’s religions, and what the latest research says about the historical Jesus.

“The curriculum is the core of what we do,” said Quinn.

Lectures are arranged by the curriculum committee according to the themes they’ve come up with for the season.

Often, the lectures will come from a connection to someone who has retired in the area with a lot of expertise in their field, like the former chief of staff at St. Michael’s Hospital who helped the GTLLI put on a lecture series about health care in Canada.

“There’s a network of people you can connect with up here that can be a benefit,” said Green. “The committee looks for speakers that are going to appeal to the audience. Maybe the topic is not everyone's cup of tea, but the lecturers do an amazing job.”

The lectures run Friday mornings from 10 a.m. to noon at New Life Church in Collingwood. The auditorium holds about 400 people and is sold out for each lecture.

“Obviously it stimulates discussion,” said Green. “It’s not meant to be a social club, but the big thing for a lot of people is the social time. There’s an opportunity to learn something and that stimulates conversations.”

He added it’s important as people age, they have not only that social interaction, but continue to develop cognitively.

The GTLLI is hoping a new plan to live stream the lectures to satellite locations in the area will help provide more opportunities for people to take in the talks.

Starting this year with a six-lecture series called Fascinating Aspects of the Brain, there will be three satellite locations for the lecture including Simcoe Street Theatre (sold out), Station on the Green in Creemore, and the RecPlex in Wasaga Beach. Get tickets here.

Quinn said if the pilot works out well, it will increase the reach of the GTLLI lectures and help grow the non-profit, or perhaps help other communities start their own life-long learning institutes.

Quinn and Green are two of about 65 volunteers who make the GTLLI lecture series’ possible.