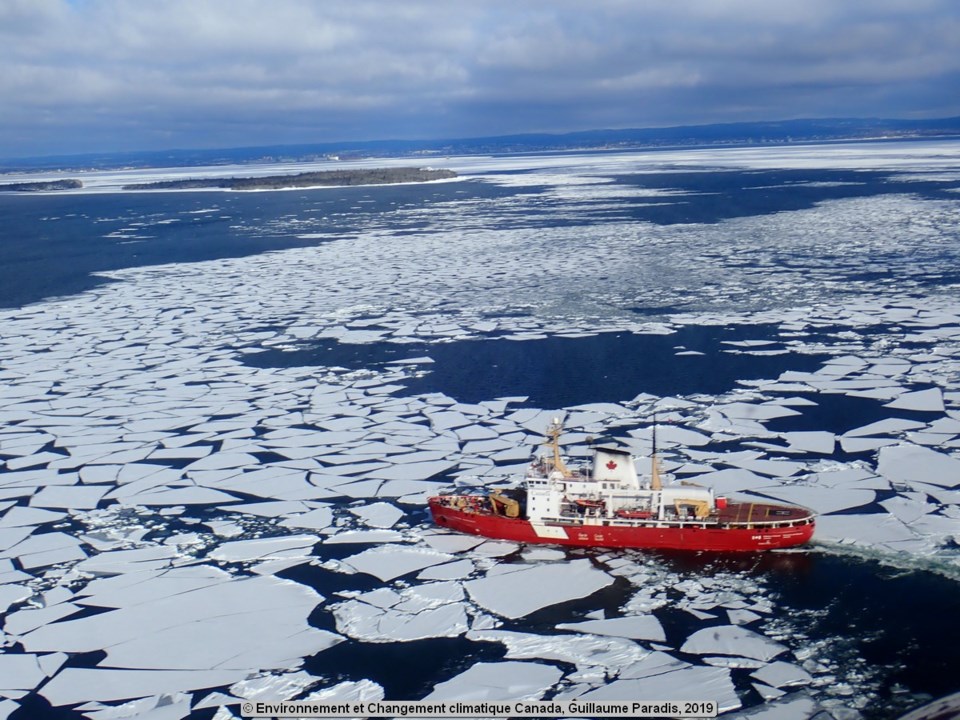 Although the St. Lawrence Seaway, Welland Canal and Sault Ste. Marie Locks are closed during the winter months, shipping is still active on the Great Lakes. The Canadian Coast Guard has two icebreakers assigned to the Great Lakes for the entire winter season: the CCGS Griffon and CCGS Samuel Risley. They are also supported by additional Coast Guard vessels during the icebreaking season.

Icebreaking requests are co-ordinated by our Regional Operations Centre in Montreal, along with the USCG. Daily operational conference calls are held for industry representatives to meet with Coast Guard officials and receive updates from both countries about the extent, concentration, and thickness of the ice.

The Coast Guard's Marine Communications and Traffic Services in Sarnia and Prescott, Ontario, are in contact with mariners 24-hours-a-day providing information, managing marine traffic, and responding to calls for assistance. Winter maritime search and rescue operations are coordinated by the Joint Rescue Coordination Centre in Trenton, Ontario. Coast Guard icebreakers and other vessels may be called upon to help. Aircraft from the Department of National Defence and USCG are also involved in maritime search and rescue operations, as necessary.

In addition to icebreaking for the shipping industry, both the Canadian and the United States Coast Guards work to prevent the formation of ice jams and flooding. Problems occur when ice accumulates and blocks the flow of a river. Coast Guard ships are also at the ready to respond to environmental incidents and other urgent issues or emergencies.

All ice surface users should plan their ice activities carefully, use caution on the ice, and avoid shipping lanes and icebreaking operations. Broken and fragmented ice tracks and ridging left behind by passing icebreakers or commercial vessels may not freeze over immediately. This can result in hazardous conditions for ice users. In addition, newly fallen snow will obscure ship tracks. Unsafe ice conditions can persist long after icebreakers have left the area.

"Ensuring that shipping continues on the Great Lakes year-round is critical to keeping our economy moving. Our experienced crews and staff not only ensure cargo continue to move, but they also help protect communities on the banks of the Great Lakes from flooding. We look forward to working with our partners and communities for the upcoming icebreaking season."

The Honourable Bernadette Jordan, Minister of Fisheries, Oceans and the Canadian Coast Guard