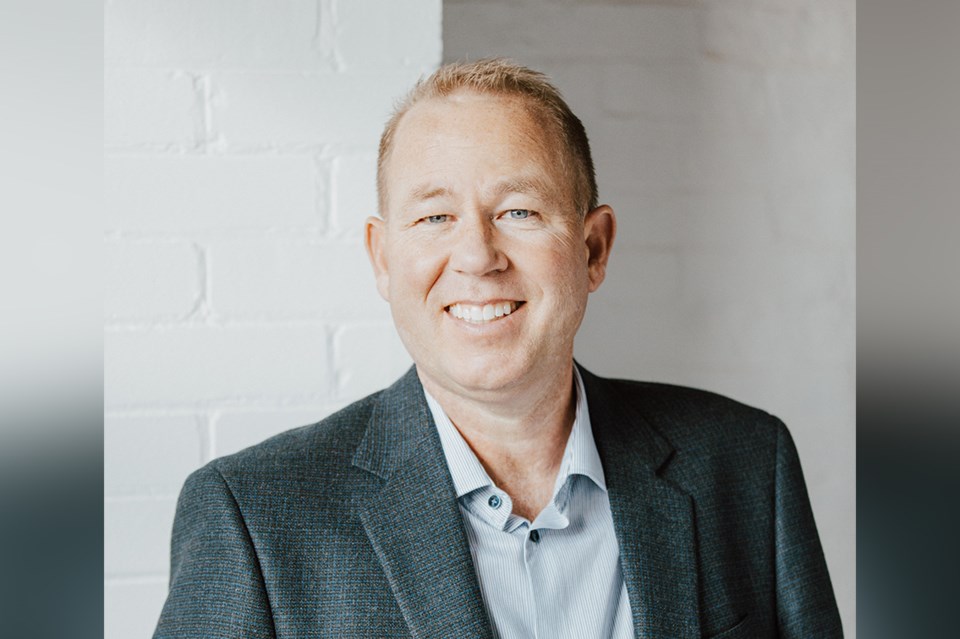 Mike Scholte is the president of the Southern Georgian Bay Association of Realtors, and works from his Collingwood office as a realtor in the region. Contributed photo

Last year started out with promise for the real estate industry, and in the end 2020 had the second highest number of home sales of any year on record.

But in the middle, things got bleak.

Mike Scholte, president of the Southern Georgian Bay Association of Realtors said those in his industry started the year with optimism. Then COVID hit.

In April, home sales in the Southern Georgian Bay region dropped by 60 per cent, after an almost continual month-over-month growth pattern. In May, sales were still declining.

“There was a lot of fear,” said Scholte. “I don’t think there was a realtor, a business owner, or anyone out there who didn’t have fear of what was going on. The biggest challenge is there’s no map.”

Real estate was deemed an essential service, and realtors, like most business owners in the province, had to pivot their operations to fit with pandemic-related restrictions.

“We had to do things completely different…how do you sell a house in a lockdown?” said Scholte, who sells real estate across the region from his Collingwood office. “The reality is people have to move.”

He made what he called “aggressive pivots” to keep his business going.

“We invested in quite a number of technologies that would allow us to interact with our clients and show them in detail what’s in the house,” he said. “I would walk through properties holding my cell phone up asking, where do you want me to show you next?”

The local real estate market made a comeback in June as sales for June 2020 were double sales from June 2019. By July, home sales were smashing records.

Scholte said customers started becoming more accustomed to digital platforms for viewing and even document signing. And by the time they arrived at the home for a “hands-in-pockets” tour they were ready to make an offer.

“I would say that tech did pay off and it’s an innovation that’s here to stay,” said Scholte. “I think the industry needed it for a long time. Our world and industry is evolving.”

He said people consider the whole region of Southern Georgian Bay a destination rather than the individual municipalities that make up the region.

“People love the fact that they have lifestyle amenities, space to go outside, a bit more breathing space,” he said.

And though that might not be new, Scholte said there is a shift in the types of homes people are looking for.

“They want space for their extended family,” he noted. And that might include space for adult children.

The pandemic has also pushed more people than ever to work from home, and ,as a result, they’re looking for homes they can work in.

“Everyone wanted open concept, now they’re looking for private space where they can take those Zoom calls,” said Scholte.

Trends can change, and the market has highs and lows. Currently, however, the region is seeing some of its highest sales months.

Last month was a record-breaking 31 days with 270 homes sold in December, which is up by 36 per cent compared to December last year, according to the Southern Georgian Bay Association of Realtors.

In the western part of the region (Wasaga Beach, Clearview, Collingwood The Blue Mountains, Meaford, and Grey Highlands) there were 144 homes sold for a December record not seen in more than three decades.

In the eastern part of the region (Midland, Penetanguishene, Tay, Tiny, Severn, and Georgian Bay) there were 126 units sold, also unseen in 30 years.

The benchmark price for a single detatched home in the region is up by 23 per cent this year at $530,600.

There is one trend declining, though, with 281 active residential listings at the end of December, the region is experiencing its lowest supply of inventory since 1989.

“There are always cycles in real estate or any investments,” said Scholte. “Right now we have a supply shortage … and part of it is we’ve sold off a lot of our inventory.”

He said the market has ways of self-correcting and the wave will ebb and flow.

However, just as a house might have “good bones,” the local realtor said the region has “good fundamentals” in its lifestyle amenities, internet infrastructure, and proximity to the city.

“I think demand is going to be constant,” he said.