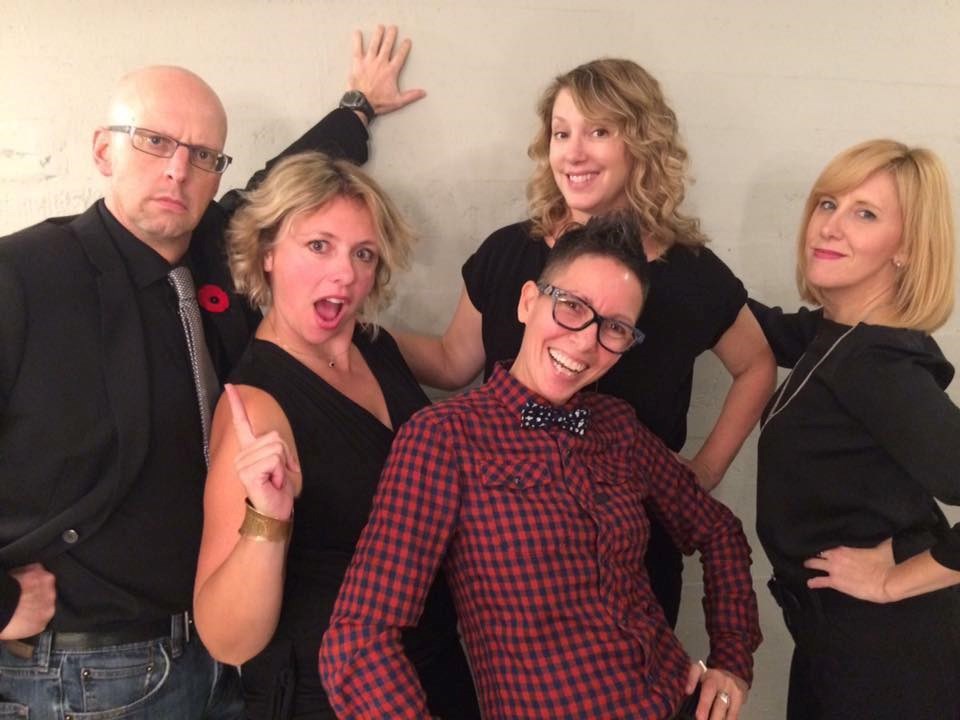 Theatre Collingwood is not about to let a pandemic stop them from celebrating International Women’s Day so, in keeping with their annual tradition of presenting an all-female comedic show, they will present Girls Nite In on March 6 at 7 p.m. online.

“This would have been our third year working with the Girls Nite Out comedy troupe, so we are really thrilled to be able to get comedy legend Elvira Kurt with Jenine Profeta back to perform for us again, even if it is online,” said Executive Director Erica Angus.

The company has discovered a real bonus to doing this show online, since friends (who may not have seen each other in a long time) can safely meet online and share the show together. There are no geographical boundaries, so it's going to be one long-distance party!

"Elvira and I are so excited to be part of this virtual event. It's been a long year and we're looking forward to being with the ladies again," said Jennine Profeta, producer for Girls Nite Out comedy troupe.

Elvira Kurt has worked with some of the most prestigious comedic institutions as a stand-up comic, a television scriptwriter, and a stage actor.  She has appeared on both large and small screen. Elvira got her start with the infamous Second City Theatre of Toronto and London, and went on to work for both Comedy Central, the CBC and HBO.

Theatre Collingwood has partnered with Gibson & Company in Collingwood, who are offering special take-out charcuterie and drinks, so that you can really make your Girl’s Nite In a special celebration.

Theatre Collingwood Online From the Comfort of Your Home in 2020 and 2021 wishes to acknowledge the support they have received from The Town of Collingwood, The Province of Ontario, Blue Mountain Resort, TD Bank, EPCOR, Tim Hortons and Royal LePage Locations North.

Tickets are on sale now. To purchase your show link or to learn more about Gibson & Company’s charcuterie and drinks, call the Theatre Collingwood Box Office at 705-445-2200 or visit www.theatrecollingwood.ca.