Chatterson Funeral Home will be hosting a charity concert featuring Celtic singer John McDermott and his trio on April 21 with the proceeds going to Campbell House.
Apr 10, 2018 1:55 PM By: Erika Engel 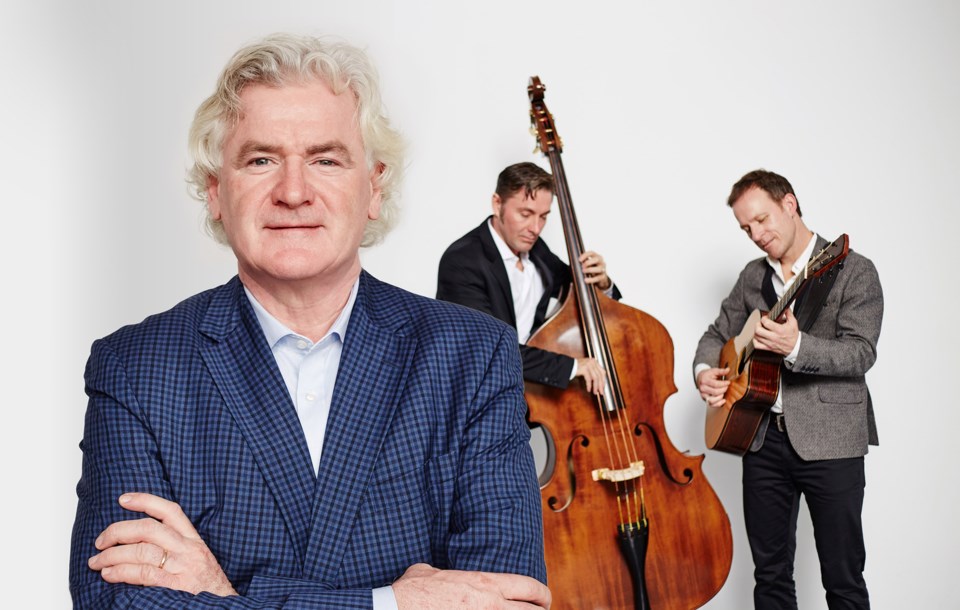 A funeral home may seem like an unlikely concert host, but Chatterson Funeral Home is putting on a charity concert later this month.

Mark and Sara-Dale Hartshorn, owners of Chatterson, are hosting the concert to give back to the community, and they will be donating all the proceeds from the event to Hospice Georgian Triangle Campbell House Hospice.

“Day after day I sit with grieving families and many of them have had their loved ones die at HGT Campbell House Hospice,” said Sara-Dale, adding when she asks about the care they received they always tell her it was awesome. “So many loving staff and volunteers at hospice look after the families. The needs of the living as well as those dying are tended to, and the dignity of the dying is given back to them.”

Sara-Dale’s father died before the Campbell House opened. At the end of his life Sara-Dale’s sister took care of their father with help from Sara-Dale and her brother.

“We couldn’t leave dad alone very long and some evenings we needed a person to sit with him,” she said. “Two lovely volunteers from hospice came and sat with him … that was a tremendous help to us.”

Five years ago, the Hartshorn’s presented another benefit concert featuring Michael Burgess. Proceeds from the show were donated to the Collingwood General and Marine Hospital.

They decided to support hospice with the upcoming concert, not only for the care hospice provides to people at the end of their life, but to spread awareness of the services available to the community through hospice.

“The road through the grief journey can be truly lonely and very difficult for some of us,” said Sara-Dale. “Many don’t realize the help that is available through this great organization of Hospice Georgian Triangle.”

The concert will take place at New Life Church (28 Tracey Lane) on April 21. The headliner is the John McDermott Trio. McDermott is a Celtic ballad singer, his trio includes Jason Fowler and Maury LaFoy.

Sara-Dale will also be performing to open the show. She was a semi-professional singer for almost 20 years. She will be singing before the McDermott trio takes the stage and will be accompanied by her older brother Marshall Martin. Martin is the pianist/organist/music director at St. Andrew’s Presbyterian Church in Orillia.


This has been shared 0 times