A Collingwood restaurant applied for the Candian youth wage subsidy program for the first time as a way to cushion the impact of COVID-related financial loss
May 30, 2021 2:30 PM By: Erika Engel 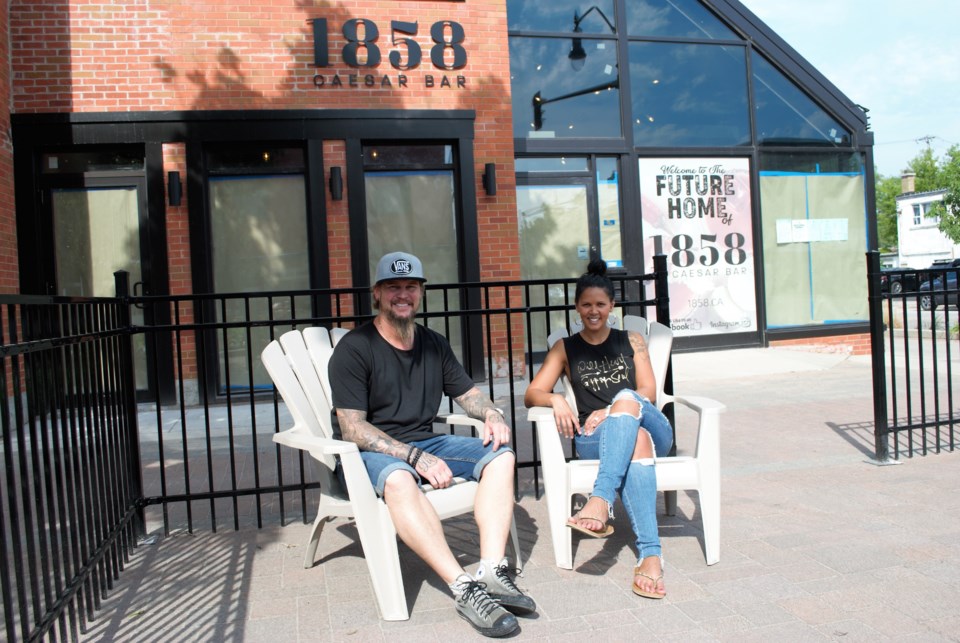 Steve and Vanessa Walker sit on the patio shortly after moving their restaurant 1858 Caesar Bar to its current location at 158 Hurontario Street. (Photo taken in 2019). Jessica Owen/CollingwoodToday

A local restaurant is one of many businesses in the Simcoe-Grey riding to receive a piece of the $2 million pie served by the federal government for this year’s Canada Summer Jobs Program.

The Collingwood-based 1858 Caesar Bar applied to the summer wage subsidy program for the first time this year and received a little over $26,000 toward the wages of nine employees.

The Canada Summer Jobs program offers up to 75 per cent wage subsidies for seasonal employees between 15 and 30 years old to both public and private sector employers.

Vanessa Walker, co-owner of the Caesar Bar said their nine employees will be working between 11 and 14 weeks in the restaurant in both the kitchen and as front-of-house staff.

“We have never used this program in the past, but due to COVID and the amount of financial loss we have had this past year, this assistance is a generous relief in allowing us to recoup some of the wages we will incur by hiring more staff for the summer,” said Walker in an email to CollingwoodToday.

MP Terry Dowdall’s officer reported there was $2,090,644 allocated to private and public sector employers in the Simcoe-Grey riding for the 2021 Canada Summer Jobs season. The funding supports 619 job opportunities.

The charity's executive director, Teresa Gal, said she has applied for the funding every year since 2017 and calls it a win-win.

Not only does Breaking Down Barriers get extra staff, but the youth who are hired also get the chance to experience a possible future career option.

Gal said the local charity received $13,527 in funding this year, which allowed them to hire three part-time staff for 14-week contracts.

This year the Canada Summer Jobs funding has allowed Breaking Down Barriers to hire a peer support worker assistant, an independent living instructor, and a fundraising and promotions organizer.

In neighbouring Bruce-Grey-Owen Sound, MP Alex Ruff’s office reported employers in the riding received a total of $2,537,370 to fund 789 jobs.

This year, in response to the pandemic, the Canada Summer Jobs funding allows employers to hire youth for part- or full-time work and the placements can extend until February 2022.

For more on the program, including the job bank, click here.