Faces of Collingwood Veterans will be memorialized through BIA banner program

Now in its third year, the BIA banner program will once again be supporting the Collingwood Legion poppy fund
Aug 5, 2020 8:33 AM By: CollingwoodToday Staff 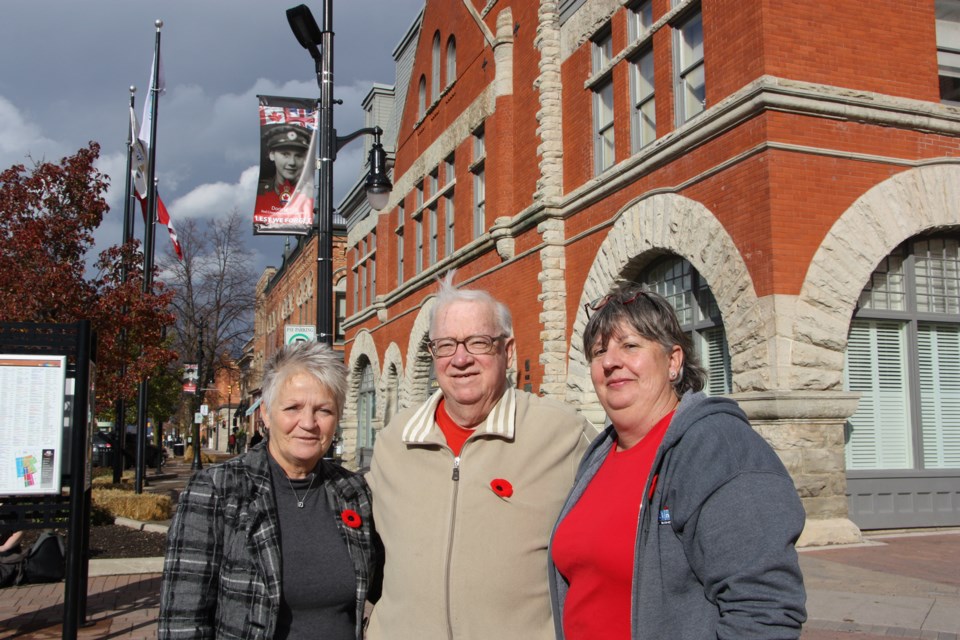 The Collingwood Downtown Business Improvement Area, in collaboration with the Royal Canadian Legion Branch 63, is pleased to announce that the Veterans Banner program – a project initiated in 2018 to commemorate the 100th Anniversary of the end of the First World War – will continue in 2020.

For several years, Collingwood Downtown has installed poppy banners on our light standards to recognize Remembrance Day and the sacrifices made to ensure our freedom. For the past two years Veterans banners were added with pictures of our service men and women, hung alongside the poppy banners. The response to the program has been overwhelming, with more than 60 banners honouring our veterans, produced to date.

For the 2020 project, Collingwood Downtown BIA will again be assuming all production and installation costs of these banners.   Family members, friends and businesses who would like to recognize a veteran will be able to purchase a banner by making a $100 donation the Legion’s poppy fund.

“This banner program is a conscientious effort to recognize the sacrifice made by many members of our community," said Susan Nicholson, general manager of Collingwood Downtown BIA. "If you have a family member who you would like to see on a banner in the downtown consider finding a good photograph of them during their time in service and join us in this unique project. One hundred per cent of your donation will go straight to the poppy fund. We will be accepting applications for Veterans from all wars. Collingwood, let's show our pride in family, military service and for some families, the ultimate sacrifice.”

“Branch 63 of the Legion is very excited about this continuing program and ready to help in any way we can," said Donald Wilcox, public relations officer of the Collingwood Legion. "This town is so lucky to have an organization such as the BIA to help keep the memory of those who fought and died and those who fought and came home to build a better country. On behalf of the Comrades of Branch 63 we thank the BIA for this ongoing program."

Despite cuts elsewhere, all Simcoe County hospitals recruiting more nurses
Sep 23, 2020 8:15 PM
Comments
We welcome your feedback and encourage you to share your thoughts. We ask that you be respectful of others and their points of view, refrain from personal attacks and stay on topic. To learn about our commenting policies and how we moderate, please read our Community Guidelines.