Community groups confirm an outpouring of support this winter for homeless teens and adults in Collingwood; 'At least the conversation ... is taking place,' says deputy mayor
Jan 25, 2019 1:45 PM By: Jessica Owen 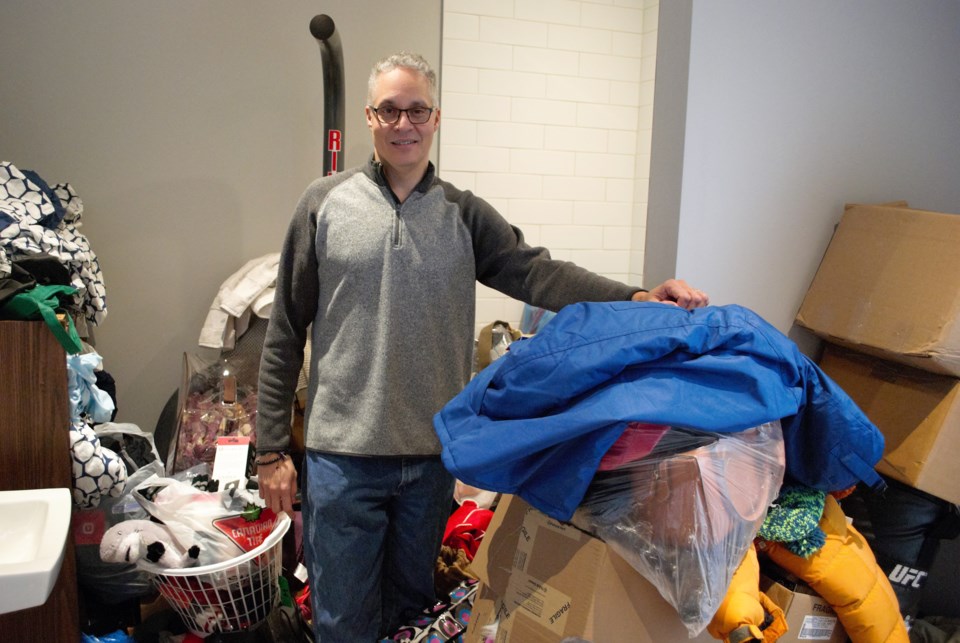 In November, CollingwoodToday published a two-part series on youth homelessness in Collingwood. Click on the links to read Part 1 and Part 2.

The tent cities within Collingwood’s borders have been quiet lately.

According to Dwayne O’Connor, the executive of Home Horizons, the frigid temperatures may have caused many of the homeless teens who normally call Collingwood home base to flee to other parts of Simcoe County, specifically Barrie, over the past few weeks.

“There are some odd things that have happened since [the CollingwoodToday stories came out],” says O’Connor. “A lot of the people who were (living) outside have moved off, and not necessarily by their own accord.”

O’Connor says that he’s been finding abandoned mattresses and camping sites, adding that many of the town’s homeless may have moved on to Barrie, Owen Sound and Wasaga Beach.

“Some are living outside, but they’re getting a lot more food in the Barrie area,” he says. “Through the David Busby Centre they can get food, and also medical care and supplies a lot easier than they can here.”

Sara Peddle, executive director with the David Busby Centre in Barrie, confirms the centre has seen an influx. During the weekend of Jan. 18 to 20, when the outside temperatures dipped below -20C, Peddle says all 55 cots at the centre were full all weekend long.

“We filled all the cots plus we had some people in our warming area too, just to stay warm. They would just sit at the table and put their heads down to get some rest,” she says. “It was packed all weekend. It was still packed this morning.”

“We are seeing an increase of all populations, but we are seeing a particular increase in youth,” says Peddle, adding that they’ve been liaising regularly with Youth Haven as a result. “We have seen more than we usually do see through the Out of the Cold program.”

While Peddle says they can’t guarantee where all the people are coming from, they have heard stories that attendees are coming from Collingwood, Midland and other smaller municipalities, adding that there were stories told over the weekend from attendees that they had previously been living in the tent cities in Collingwood.

“If there’s not a shelter in their area, they really don’t have a choice but to come to areas that might have more sheltering.”

Peddle says the influx of people coming to Barrie in the winter to find shelter has been worse over the past two years.

“I don’t think we’ve ever experienced a housing crisis like this,” she says. “Obviously homelessness can have other contributing factors as well, but we’re finding that the numbers are definitely increasing.”

After CollingwoodToday’s two-part series on youth homelessness was published in November, O’Connor says Home Horizons was inundated with donations from the public, to the point that their storage rooms and lockers were overflowing.

Members of the community donated Christmas gifts, food, winter supplies, blankets, gift cards and cash donations. When asked to qualify how much the community gave, O’Connor has trouble putting a dollar figure on it.

“Tonnes!” says O’Connor, with a laugh. “More than we could actually use, which is great, so we’ve been able to use even more as outreach pieces. When I did [manage] to find people, I was able to take supplies out to them.

“We received a huge influx of supplies, donations and people wanting to volunteer. It was so successful.”

O’Connor says Home Horizons still has an entire storage room filled with donations as a result of the community’s generosity, so they are now well-prepared.

They have also shared some of the donations with other community groups who also help area homeless who are in need of supplies.

“The kids that are here, have never had so much stuff,” he says. “It’s more than we could ever imagine using in one season. It was great.”

In December, Men with Knives Catering made a $3,960 donation to Home Horizons in support of the Barbara Weider House. The transitional house for homeless teens currently has seven beds, but has room for three more.

“We’re looking at expanding... to have three more beds added to the facility,” he says, adding the three beds will likely come with a price tag of about $250,000.

Home Horizons has started meeting about a new capital campaign to eventually achieve that goal, but O’Connor says it’s still in its infancy. Currently, they are looking at available grants.

“It’s more on its way, but it’s going to be a lot to pull all that together,” he says.

Katelyn Bernath, coordinator of teen services and outreach at the Collingwood Public Library, says the library also received a windfall of donations and support from the community.

“I have some great volunteers who have stuck around and still have a surplus of wonderful donations from individuals,” says Bernath.

While Bernath also notes the library has been quiet in regards to homeless teens in crisis, she says this is more common at this time of year.

“I understand this is normal as many youth are taken back in through the holidays by family and friends,” she says.

The action team, started by Bernath to help address youth homelessness in the area, has also seen a representative from the Collingwood General Marine Hospital join in on discussions, adding a voice for health care into the mix.

Const. Martin Hachey, media relations officer with Collingwood OPP, confirms that they also send a representative to be a part of the action team at the library.

When interacting with homeless teens in the community, Hachey says the OPP policy is to refer them to resources.

“When we come across that situation, we refer them to a number of resources we have in town for ... shelter and food,” says Hachey.

Hachey says he can’t speak directly to why the tent cities in Collingwood seem to have been abandoned.

“We didn’t magically solve homelessness,” says Hachey, with a laugh. “Because of the cold, they may have moved on to a larger centre.”

When Deputy Mayor Keith Hull ran his election campaign back in September and October, homelessness was not often discussed during the campaign.

“I don’t think the issue of homelessness – as an issue on its own – was being talked about very much,” he says. “But I think what became very clear on the campaign, whatever the issue, whether it was the cost of housing, employment, food or cost of living in general, the issue of affordability came out loud and clear.”

Hull says the issue of affordability is not new.

“Housing prices didn’t just go up in the past year. They’ve been going up over the past decade. But, for whatever reason... I think in the past... people weren’t comfortable talking about or even recognizing that we have a homeless problem or issue in this community,” says Hull.

“At least the conversation, from a positive standpoint, is taking place. And that’s encouraging.”

Hull was appointed to the Simcoe County Alliance to End Homelessness in December. It's the first time a member of Collingwood council has joined in that capacity.

“It’s actually something I requested,” says Hull. “It was the result of an invitation that was sent to us by other members. They had invited us to a meeting to give us an update on what they were doing, and what they would like to do. We saw it as an opportunity that this would be a great way to have representation (there) from our community. We wanted to be a part of the conversation rather than just reacting.”

Although Hull has only attended one meeting since the inauguration in December, he says his eyes have been opened.

“Although I was aware that there are homeless [people] within our community, I didn’t realize that it was to the degree [it is], specifically at the youth end of the demographics,” he says.

“What I’ve tried to do over the past month is I’ve tried to educate myself as much as possible (in regards to) what has happened and what we could potentially do moving forward.”

One of the things Hull would like to work on is asking more questions to get to the root of the issue.

“For years, our emergency shelter which has been facilitated through a number of organizations, has been the Pleasant Manor Motel out on Beechwood Road. With all due respect to that facility, the location is not ideal,” he says. “Particularly, if somebody is homeless, the chances are they don’t have any transportation.

"Transportation after hours in this community is either an expensive cab ride or by a police vehicle," said Hull. "It’s an expensive cost to a person who is already struggling. I would really like to work with the County of Simcoe to see if there isn’t either a better location in our community within the core so people aren’t having to go out and back, and secondly, so it’s more in proximity with the key resources.”

Hull also wants to ask a few questions about the two affordable housing units currently being built on Second Street.

“We’ve got these two new buildings that are coming online this summer. Perhaps it would have been an opportunity to have two or three of those units dedicated to emergency use as opposed to full-time residences. One of the nice things about that project is that the county is moving services (such as Ontario Works) into that location. It’s sort of a one-stop shop,” he says.

“Perhaps it’s not too late. I’m going to ask that question.”

For citizens of Collingwood looking to make a difference to the homelessness issue, the Coldest Night of the Year walk is happening Feb. 23 in Collingwood.

Donations and pledges will be going directly to Home Horizon’s Barbara Weider House. For more information on the walk, click here.