The incorrigible pungent pundit is prepared to deliver his brand of election editorializing
0
Oct 9, 2019 12:30 PM By: CollingwoodToday Staff 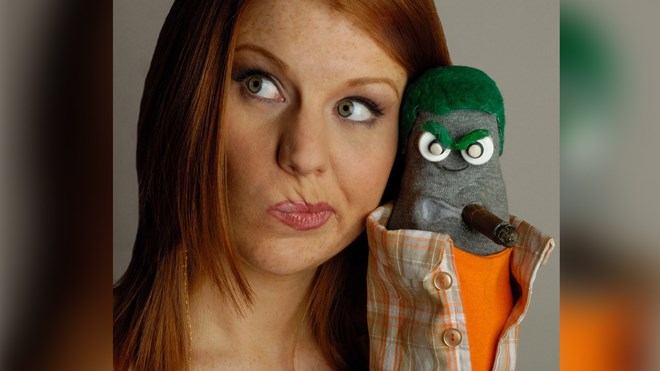 Ed the Sock and Liana K

Ed the Sock and Liana K are bringing their comedic insights into politics to the Simcoe Street Theatre live stage in Collingwood, just one week before the federal election.

Get informed, updated and have a laugh with the People's Sock on Sunday, October 13, at 7 p.m. and 9 p.m. at the Simcoe Street Theatre in Collingwood.

Ed the Sock is a sock puppet character, created and voiced by Steven Joel Kerzner, who first appeared on Canadian local cable television in 1987. He is best known for his hosting appearances in the 1990s on MuchMusic and his own late night talk show, Ed's Night Party. He is a grey sock puppet with green hair, round eyes, a scowl, a cigar and a rough, gravelly voice.

Collingwood G&M and other hospitals in region see rise in overdose numbers
Feb 19, 2020 5:00 PM
Comments
We welcome your feedback and encourage you to share your thoughts on this story. We ask that you be respectful of others and their points of view, refrain from personal attacks and stay on topic. To learn about our commenting policies and how we moderate, please read our Community Guidelines.