Canada uses 57 million of them a day. But do we need them?

Some local businesses seeking to eliminate plastic straws from their operations
Jul 6, 2018 1:00 PM By: Jessica Owen 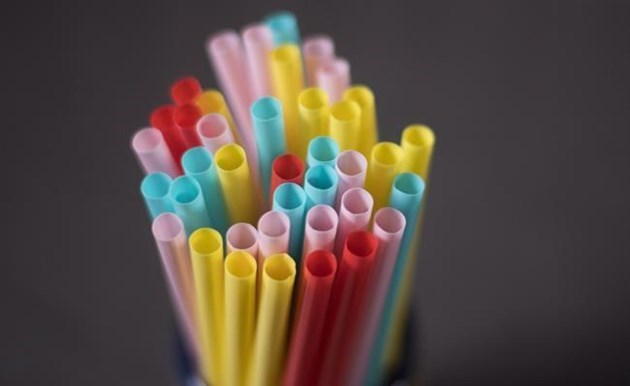 Soon you may not have a choice when it comes to drinking straws, as a few local businesses from across the county are jumping on the green train, hoping to inspire others to join suit and ditch the plastic straws altogether.

Blue Mountain Resort has started the transition away from plastic and toward paper straws this year, outright banning plastic straws from the resort.

“We are close to finishing our stock of plastic compostable straws (within the next week or so) and already have the paper straws in stock,” says Tara Lovell, manager of public relations at the resort.

Lovell says the push came alongside other green initiatives the resort has undertaken, including their goat mowers and LED lights.

“It is the right thing to do,” says Lovell. “Blue Mountain Resort is a destination that relies on what Mother Nature has provided to offer great experiences for our guests and it is our duty to be innovative and find ways to make sure what we are doing is as sustainable as possible.”

About 57 million straws are used each day in Canada. Plastic straws don’t biodegrade, are difficult to recycle, leach toxic chemicals into the ground and can end up in the oceans.

Many campaigns across the world have sprung up to get people to stop using plastic straws — or at least to use less damaging alternatives.

Donaleigh’s on Dunlop Street in Barrie made the move six months ago to greatly reduce their plastic straw usage, and they haven’t looked back.

“We still have plastic straws, as well as a bio-degradable option, but by default we serve all our drinks without straws,” says general manager Colin Johnson. “We’ll get the odd person who will ask for a straw, and when that happens we will provide one, but then we usually also take that opportunity to educate them a bit and explain to them that we’re not being lazy.”

Johnson says the bar decided to stop serving straws automatically with their drinks after reading about plastics polluting the oceans, and they have a news article about it posted in their break room so the staff can educate themselves on the issue as well.

Johnson says they have reduced their plastic straw usage over the past six months by about 90%.

Brewery Bay in Orillia has also followed suit starting this week after being inspired by other local businesses taking up the charge to be more green.

“It just makes sense,” says Chris Marsh, co-owner of Brewery Bay in Orillia. “We’re not the leaders, but we’re happy to follow suit.”

“We find it’s the opposite. It’s the same amount of effort to scrape organics into the green bin as it is into the trash... but it means we can get away with fewer trash pick ups, which saves money.”

Back in May, Vancouver made the pledge as the first major Canadian city to ban plastic straws by the fall of 2019.

When reached for comment this week, representatives from the Town of Collingwood, City of Barrie and City of Orillia all indicated that there are no current plans to ban plastic straws in their municipalities.

Recipe Unlimited Corporation (formerly known as Cara Operations) announced this week they will eliminate plastic straws by 2019 from its 19 restaurant brands including Swiss Chalet, Harvey’s, Kelsey’s and East Side Mario’s.

A&W also made the pledge in June to eliminate plastic straws from all its locations by the end of the year. It was the first fast food company in North America to make the pledge.