CANADA: Blue-collar, healthcare jobs in the rise in 2020 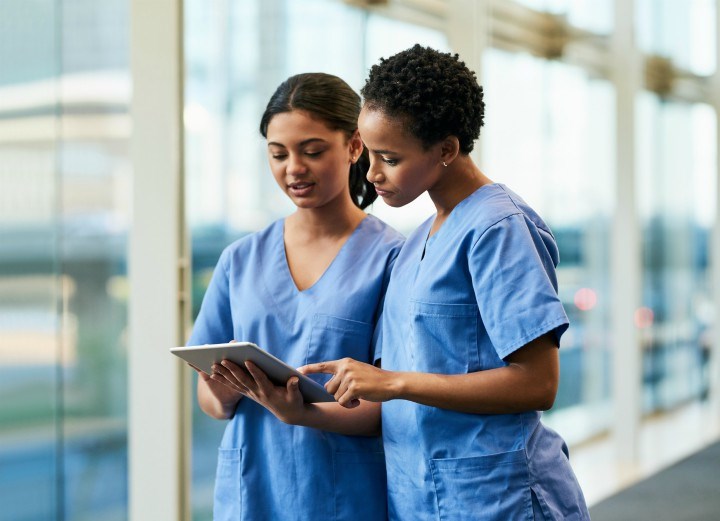 Hunting for a new job in January is not unheard of, as many might be assessing whether or not they’re happy in their current roles.

For those who might be uploading their resumes and looking to cold email prospective employers, there are some new job trends for 2020 that are taking off.

And while the health of the economy varies from month to month, December saw a relatively low unemployment rate of 5.6 per cent, according to Statistics Canada.

Staffing agencies like Randstad Canada released their lists of the most in-demand jobs in Canada for 2020 on Monday and their pay. Randstad’s 2020 report highlights the need for blue-collar workers, retail roles and tech jobs, said Patrick Poulin, the company’s president of staffing and in-house services.

Randstad’s methodology involves reviewing data from their clients and analyzing what roles have been posted in the last year.

Below, experts share some of the biggest job trends of 2020.

The demand for blue-collar workers continues to be high in Canada, which could be comforting for young Canadians who are pursuing the trades, said Poulin.

Truck driver was ranked number two on their list, with average salaries ranging from $36,650 to $48,600 depending on years of experience.

“Those are key positions,” said Poulin, which he says has been a continued trend.

What’s good about these jobs is they might be more accessible for Canadians, as they don’t necessarily require a post-secondary education, he said.

“So for a welder, as an example, I don’t need a university degree and I can earn pretty good money,” he said.

A welder can make at least $28.50 per hour, according to Randstad, which shows that you can be in a healthy financial position without a university education, Poulin said.

There continues to be a strong demand for tradespeople due to growth in construction in Canada, while the number of Canadians applying for apprenticeships in those fields has declined, according to a report from Statistics Canada and the Canadian Apprenticeship Forum last year.

Even with the growing threat posed to the retail industry by automation, sales jobs like merchandiser and sales associate still made Randstad’s list.

“We feel that the human touch is still very important for the consumer still.”

Sales associate was also on Randstad’s list last year, as retail remains one of Canada’s largest employers providing jobs for more than two million Canadians, according to a previous report by Global News.

Adding a personal touch to a retail environment by having a real person to talk to remains important in the industry, even if closures of brick-and-mortar department stores are a concern, Poulin said.

For Indeed Canada, their list 2020’s fastest-growing jobs in the country was created after analyzing job postings with the highest growth in the number of opportunities between 2018 and 2019.

Jobs are plentiful right now because the Canadian labour market is coming off a few good years, bringing down the unemployment level to multi-decade lows, said Brendon Bernard, an economist at Indeed. The company ranked surgeons, clinical counselors, and private duty nurses as some of the fastest growing jobs for 2020.

There was a bit of a deterioration of the job market near the end of 2019, with more than 70,000 job losses in November. But those figures improved in December, with 35,000 jobs added back into the mix.

“Jobs that are more involved in a longer term trend … really revolve around the health care sector,” said Bernard.

“We know there’s a labour shortage in Canada in the health sector,” said Diane-Grabielle Tremblay, a professor at the school of business administration at the University of Quebec in Quebec City.

In particular, the need for private-duty nurses on Indeed’s list is reflective of a known shortage of nurses, said Tremblay. Postings for a private duty nurse increased by 90 per cent in 2018 to 2019, according to Indeed Canada.

Jobs related to the housing market

Indeed’s list also included mortgage adviser and realtor, indicating that the housing market has rebounded in 2019 following a cooling-off period in 2018, said Bernard.

“Most projections expect a further strengthening in 2020,” he said. “What we’re seeing on Indeed could be a reflection of employers in that state responding to expectations of improving home sales.”

Jobs in the housing sector and financial sectors still require humans working those jobs as opposed to artificial intelligence, and they will continue to be needed for the next several years said Tremblay.

The Canadian Mortgage and Housing Corporation has predicted a housing market recovery for 2020, following a decline in 2018 that partially due to changing government mortgage rules which limited how many Canadians can qualify to borrow.

The outlook is predicted to be better for 2020 as the Bank of Canada is unlikely to raise interest rates along with demand from newcomers to the country.

Positions that connect Canadians to the housing market still require human interaction above complete automation, which means these kinds of positions will continue to be in demand, Tremblay said.

“If we look way down the road, maybe 10 years from now…artificial intelligence is probably going to be replacing jobs at the lower level,” she said.

“But I think it won’t be right away, or even within the next two years.”

Council confirms: Ombudsman will be Collingwood closed-meeting investigator
Jan 23, 2020 8:26 AM

BEYOND LOCAL: Is it time to change how we view and measure unpaid work?
Jan 22, 2020 8:55 PM
Comments
We welcome your feedback and encourage you to share your thoughts on this story. We ask that you be respectful of others and their points of view, refrain from personal attacks and stay on topic. To learn about our commenting policies and how we moderate, please read our Community Guidelines.