Bobby K gives back to Collingwood 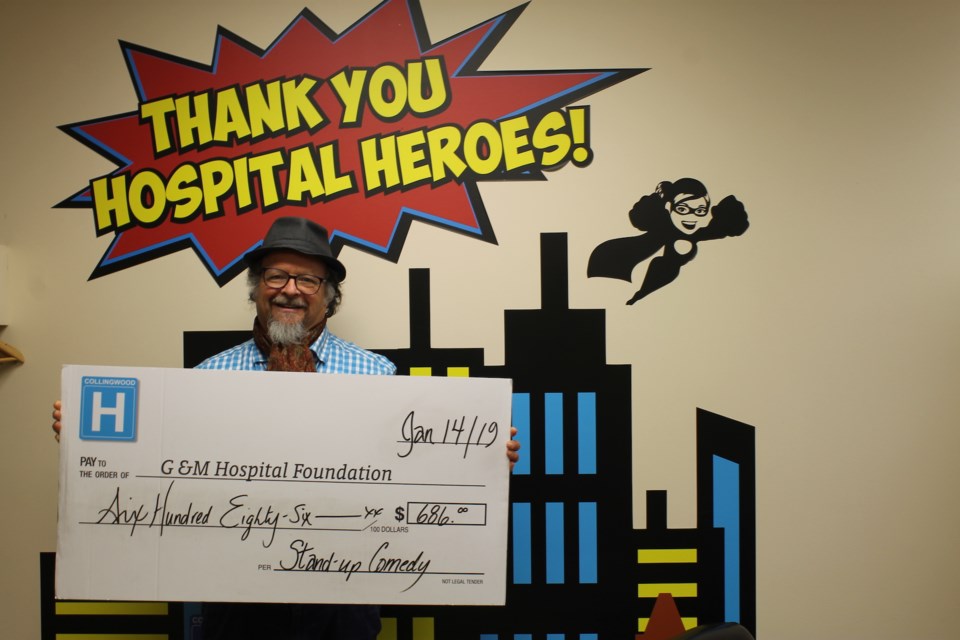 Using his unique brand of humour, Bobby reaches out to diverse audiences with a message of hope for those individuals and families afflicted with mental health issues.

This past summer at the Gayety Theatre, guests enjoyed live music by Jacob Langer followed by a comedy show hosted and performed by Bobby K.

Thanks to Bobby $386 from ticket sales and donations and a $300 donation from the 4 Seasons Probus Collingwood Club in Bobby’s honour went directly to supporting mental health initiatives at CGMH and South Georgian Bay.

TBM begins to make plans for long-term COVID-19 recovery
Mar 31, 2020 5:00 PM
Comments
We welcome your feedback and encourage you to share your thoughts on this story. We ask that you be respectful of others and their points of view, refrain from personal attacks and stay on topic. To learn about our commenting policies and how we moderate, please read our Community Guidelines.