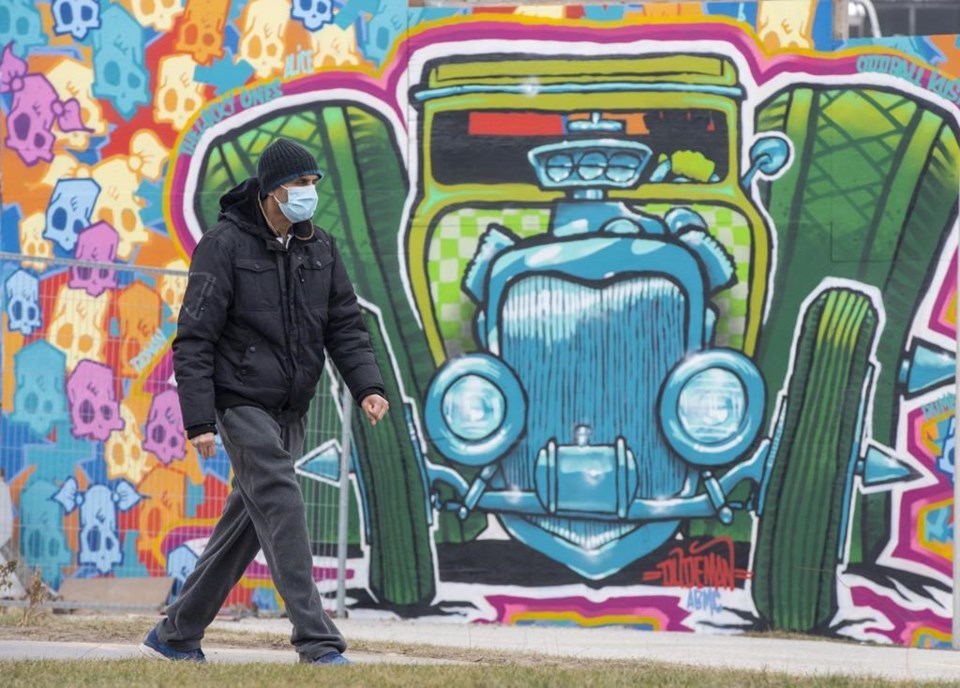 The Ontario government is imposing a stay-at-home order in an effort to bring down soaring COVID-19 infections. Here's a closer look at what that means:

When does the order take effect?

Does it mean no one can leave their home?

The province says it is allowing people to go out for essential purposes, such as shopping for groceries, going to the pharmacy, or exercise, as well as for work for those who can't work from home. Employers must allow staff to work from home if possible.

The province says there's no set definition for what is "essential," because everyone has their own unique circumstances and regional considerations.

There's no limit on how many times people can leave their homes per day, or on how long they can be out. The premier's office says officials are asking Ontarians to use their "best judgment" to determine what constitutes an essential trip and says residents should spend as little time outside of their home as possible.

People who live alone and single parents can also consider having exclusive, close contact with one other household in an effort to offset the effects of isolation.

Schools in five southern Ontario hot spots will stay closed to in-person learning until Feb. 10, though the province says that could be extended further. Emergency child care for elementary students will continue for eligible families in regions with no in-person classes.

As for children who aren't of school age, daycares and child care centres will remain open.

The government says people from different households can gather outside in groups of up to five people while wearing masks and keeping a physical distance.

It says that's meant to account for people who live alone and "need the company or support of others" for their mental and physical health.

Will the order be enforced?

The government says one of the key changes included in Tuesday's announcement is that it allows provincial offences officers and other law enforcement to issue tickets to those who breach the order and disperse crowds larger than five people, if they're not part of the same household.

How will enforcement officers know who is out for legitimate reasons and who isn't?

The province hasn't specified how officers will check why people are outside their homes. But it said that people will have a duty to identify themselves when a police officer has "reasonable and probable grounds" that there has been a breach of the orders made under the Emergency Management and Civil Protection Act.

How is this different from a curfew, which the province said it wouldn't impose?

Premier Doug Ford said that unlike a curfew, people will still be allowed to go outside regardless of the time for essential purposes, including if they need to "walk around the block" for exercise.

This report by The Canadian Press was first published Jan. 13, 2021.