The meetings of the task force will be closed to the public, and they will present their ideas and findings during public council meetings
Apr 16, 2020 12:30 PM By: Erika Engel 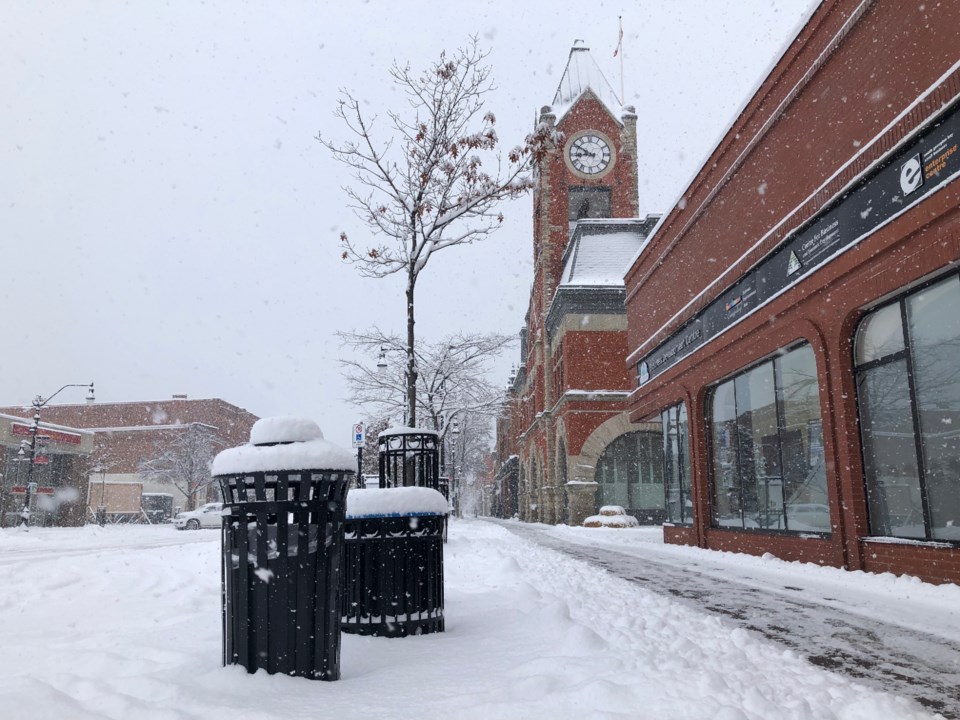 The Town of Collingwood has announced the members of its economic support and recovery task force, which includes four members of council, town staff, and business owners.

The task force is billed as the “eyes and ears of key business challenges and urgent needs,” according to a town news release.

The council members on the task force include Mayor Brian Saunderson, Deputy Mayor Keith Hull, Councillor Kathy Jeffery, and Councillor Deb Doherty, which is 44 per cent of Collingwood’s town council.

Collingwood’s Chief Administrative Officer Fareed Amin will also be on the task force.

The business and organization representatives include John Gillham of Adbank, Anthony Griffiths of Maclean Engineering, Larry Law from Living Water Resort, Lynn Hynd from Georgian College South Georgian Bay campus, Foster Williams who owns a consulting firm, Katherine Gyles from Parkbridge Lifestyle Communities, Rick Lex who is a heritage property owner and developer and business landlord in town, Kathie Ondercin who owns Play it Again Sports and other downtown businesses, and Brandon Houston who is president of the Collingwood Foundry and CEO of Switch Video.

According to the terms of reference and a staff report received by council on April 8, the candidates for the task force were referred to the mayor by staff, and the mayor was to circulate a shortlist to council for their comments. The task force members were invited by the town.

Mayor Brian Saunderson confirmed to CollingwoodToday this afternoon he prepared the shortlist for council based on the list of suggestions provided by staff. He said council recommended including both Deputy Mayor Keith Hull and Councillor Kathy Jeffery on the task force due to their places on the Collingwood BIA board and the Federation of Canadian Municipalities board respectively.

"We were really looking for a broad spectrum representation," said Saunderson of the task force membership selection process.

The terms of reference state the task force will both advise council and “take leadership action” on matters including town support for local business and business investment, promoting and fostering partnerships, communicating with the business community on the best ways to support the local economy, and helping gain funding assistance for businesses.

The task force will also be “be advocates and promoters of the resources the town and its partners are providing,” according to the town’s press release issued yesterday.

The task force is supposed to meet once every two weeks, but those meetings will not be public.

The town’s director of marketing and business development, Martin Rydlo, said the ability to meet behind closed doors was important for the members.

“This task force is moving quickly to develop actionable, measureable, and impactful initiatives,” said Rydlo. “It has been structured to ensure it is as nimble as possible by complimenting the four council members with nine public voting members. This also gives the task force the ability to meet behind closed doors, something that many of the nine public members felt was important as they could be presenting confidential information as perspective for other team members.”

The task force is meant to report to council or to council’s strategic initiatives committee with ideas on how to apply the more than $2 million in funds set aside for COVID-19 relief funding by council.

Council agreed to set aside $2.5 million from the sale proceeds earned in the sale of COLLUS and the Collingwood Regional Airport last year for COVID-19 relief funding. Part of the money has already been used to cover the cost of tax and water/wastewater deferrals.

“I am excited about the diversity, experience, and energy of the members of the task force,” stated Mayor Brian Saunderson in the town’s press release. “We got a great start and have lots to work on providing recommendations on ways to support our local economy and protect local jobs and businesses through this crisis.”

Collingwood council’s next meeting will be April 20 at 5 p.m. online via the town’s YouTube channel. The agenda can be found here.

Health unit issues orders: mandatory masks in Simcoe and Muskoka
Jul 7, 2020 1:58 PM
Comments
We welcome your feedback and encourage you to share your thoughts. We ask that you be respectful of others and their points of view, refrain from personal attacks and stay on topic. To learn about our commenting policies and how we moderate, please read our Community Guidelines.