That is Collingwood's portion of $80K promised by the province to the county and area municipalities for transit sanitation
Jun 29, 2020 2:30 PM By: Erika Engel 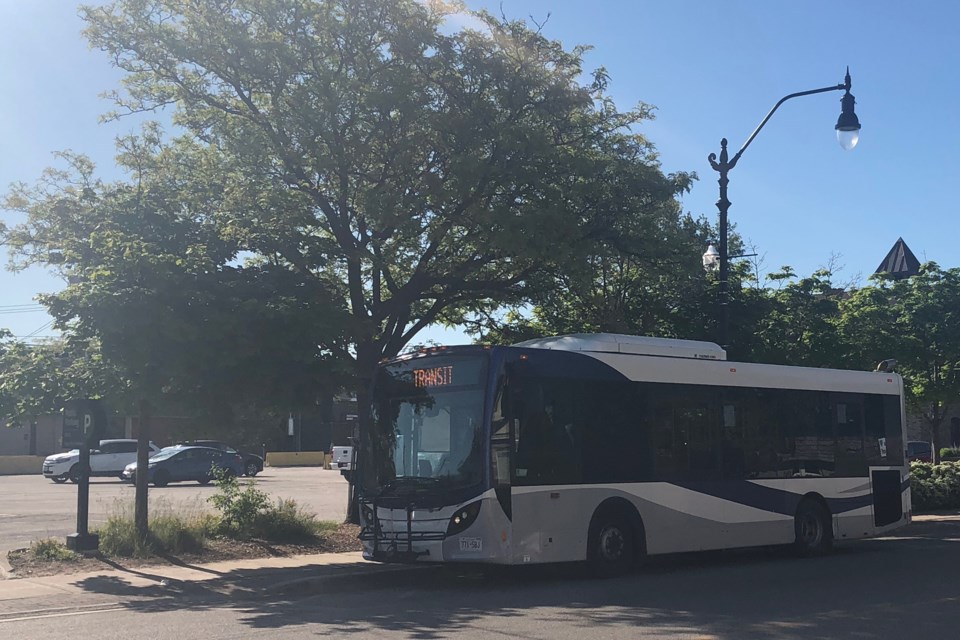 A Collingwood bus waits for riders during a morning run. Erika Engel/CollingwoodToday

The Ontario government has promised Collingwood $13,507 to help cover the costs of sanitizing its transit buses.

Simcoe-Grey MPP Jim Wilson made the announcement today via a press release. In total, municipalities in the area and the county will receive $80,000 to help cover additional cleaning costs.

On June 11, the province announced enhanced transit safety guidelines  that included a recommendation passengers wear face coverings and respect physical distancing while drivers use a physical barrier to separate them from riders. The province also recommended "enhanced deep-cleaning" for all vehicles and stations.

"Our public transit systems are critical to supporting the economy and getting residents where they need to go as our communities gradually re-open, people return to work and families slowly begin a near-normal lifestyle," said MPP Wilson in the press release issued by his office.

The $15 million in funding for transit cleaning is one part of the province's $17-billion plan for responding to COVID-19.

In a report to council on June 3, Collingwood Treasurer Marjory Leonard predicted a $400,000 shortfall in the town's transit budget. The town has not been collecting fares for transit since March, and has been continuing to operate the service on the reduced Sunday schedule.

Leonard's report stated fares would return in September, but with physical distancing measures in place, ridership would be limited to below normal capacity. She estimates the town will collect approximately 30 per cent of the fares it did in 2019.

The town has reopened the public washrooms at the Collingwood transit terminal located on the corner of Pine and Second Street. According to a notice posted on the website, the town will be sanitizing the washrooms "on a routine basis."